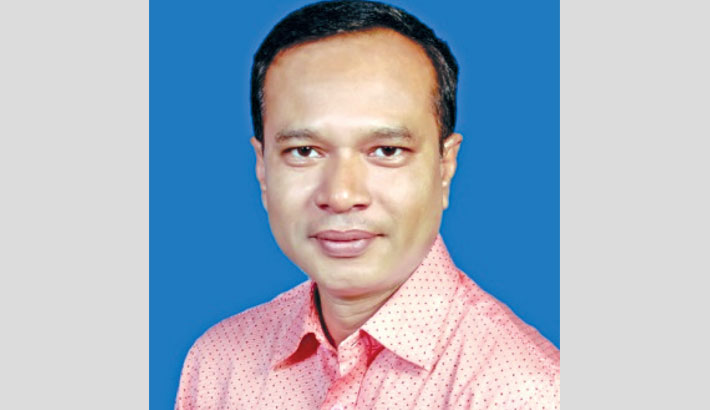 The honourable High Court has only recently made a historic ruling terming river grabbing a criminal offence. Indeed, it is a criminal offence so far as the life and the economy of the entire country are concerned. The voice of the teeming millions has manifestly found a solid legal foundation with the passing of this most people-friendly ever ruling of the High court. Although the high court passed uncountable number of rulings over the years, those ruling have not addressed one of the most crucial issues like the one of river grabbing on such a strongest ever legal footing.

Bangladesh is proverbially blessed with the bounties of her great many rivers and their tributaries. These rivers happen to act like arteries intersecting the every nook and cranny of Bangladesh. A total of around 700 rivers and their tributaries have been draining the largest flood plain of the globe with their resourceful alluvium over centuries making it the biggest delta region of the world. Sadly, these rivers have now lost their natural flow for quite a number of reasons, most of which are created by people. To speak specifically, rivers of Bangladesh have been choked to the point of death by the free-wheeling rampaging of a supremely powerful grabbing syndicate. This syndicate is too heinous to spare just a single river of Bangladesh. The bland fact is that these rivers have now been reduced to stinky drains and are being used as garbage dumping grounds.

In its historic ruling, the High Court has directed a 17-point plan of action for freeing our lifelines from the clutches of the grabbers and polluters. The most prominent one among these points includes disqualification of the river grabbers from contesting any polls. The High Court has already directed the Election commission of Bangladesh to make a list of the grabbers and submit it to the High Court in the earliest possible time. Second, from now on, schools, colleges, madrasas and the universities will have to arrange at least one class of one-hour duration in every two months to build awareness among the students about the importance of rivers. Third, the High Court has directed the Ministry of Industry to take necessary measures in holding one hour duration motivational class among the workers to create awareness among them about the bane of river pollution.

The full-text of the 17-point High Court directive authentically echoes the pulsation of the hearts of the 17-crore people of Bangladesh. Ever since the process of grabbing and polluting our rivers began, the honourable High Court issued innumerable rulings and directives to stop the operations and activism of the aggressively insatiable grabbers. Unfortunately, all the measures and initiatives of the court have virtually failed to dissuade the desperado grabbers. Since the grabbers in most cases happen to be the most powerful and influential quarters having strong social, political and economic background and identity. Time and again it has seen that the grabbers have managed the administration as well as the law-enforcing agencies in some way or the other clandestinely using their political and economic clout. This is why the battle against the river grabbers until now has not gained that effectiveness and momentum. 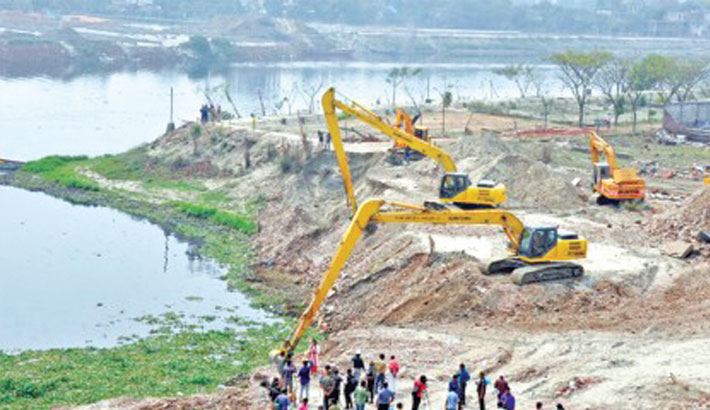 Over population is obviously one of the predominant reasons for which hectic competition has been commenced among the people over the occupation of the land. This morbid race in its turn is actually putting an extra pressure on the river basins of Bangladesh since basins are owned by the government. Along with the influential elites, medium and marginalised people are taking possession of the basins illegally. This culture of encroaching the republic’s property is not an overnight reproduction of irregularity. Rather, this is, in fact, a shadow replica of the mindset of the people especially those at the top gear of the state. How the property of the people or the republic is being grabbed in presence of thousands of republic’s officials and employees? Surely, there is an irresistible urge of self-gratification and aggrandisement among the responsible people which is innately motivating them to compromise the interests of the republic.

Unquestionably, the honourable High court’s new line of thinking will help to address the whole gamut of the problem from the very grassroots level and contributes immensely to root out the grabbing embryo from the people’s mind. The highest has truly understood, though late, that republic’s property cannot be safeguarded without involving all people in a greater social movement for awareness. At the same time, it is also the honourable court’s realisation that slapping of censorship on the rights and privileges of the potential grabbers will effectively work as the sharpest crippling weapon in dissuading the would-be grabbers. We whole-heartedly welcome the 17-point directives of the honourable High Court.