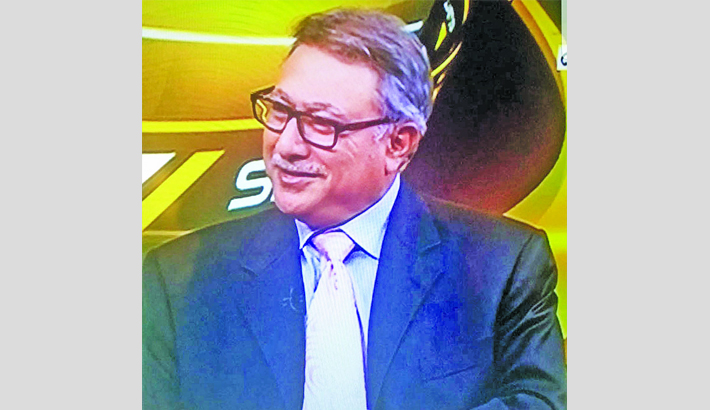 Had Rohit Sharma’s catch been taken by Joe Root in the slips off a ball from Joffra Archer before the opener had even opened his account would’ve really exposed the Indian batting well and good. The fact that they managed to score in excess of 300 runs would give one the impression that India did well to make a match of it after England scored an impressive 337 runs. The fact however remains that India at no stage made it look as if they were in the mood for a fight as they managed to score 27 runs off the first ten overs after Lokesh Rahul was out after scoring a duck early on.

A good solid partnership of more than 130 runs between the centurion Rohit Sharma and Virat Kohli gave some semblance of a chase with some sublime stroke making before Kohli holed out to point off a Liam Plunkett delivery after scoring 66 runs, his fifth consecutive fifty score. Earlier, Johnny Bairstow with a brilliant hundred added 160 runs with Jason Roy who played a strokeful 66-run knock and that gave England a launching pad from where they ought to have taken their score to 360/370 odd runs. Jasprit Bumrah in particular who leaves no doubt in anybody’s mind that he is indeed the finest new ball bowler in world cricket today and his figures of 1 wicket for 44 runs in ten overs in a total of 337 runs just shows how much of a control he has over the cherry to make life difficult for opposition batsman.

Bangladesh’s match today will be one in which Indians would be clear favorites but not before feeling butterflies in their stomach. The Indians not only consider Mashrafe Mortaza and his boys a formidable opposition but have had the experience of some closely fought matches in the recent past. Meanwhile the Bangladesh skipper understands the significance of this match as nothing less than a victory would serve their purpose and their match on the July 5 against Pakistan would also be played with as much intensity.

Besides the outcome of the results it would also go a long way in establishing that Bangladesh is indeed a power house in the Sub-continent’s cricket as they’ve had the better of all the Asian nations during their recent encounters. It will require more than just determination and resolve to overcome the threat posed by India. Bangladesh will have to muster all the skill that they have acquired and nurtured over the years, individually and collectively to beat India.

That Mashrafe and his men are capable of beating India on their day is a confidence deeply imbedded in the system of the players. Some close encounters in the recent past ought to leave an indelible mark in the heart and minds of the players and hence the experience of those close matches should bring out the added impetus to get the better of their opposition today at Edgbaston.

It has been the consistency and solidity of the experienced and the senior pro’s of the Bangladesh team that has enhanced their stature many a notch higher and have been a much talked about team during the ongoing World cup. The center of it all obviously has been Shakib Al Hasan who’s phenomenal form with the bat has been the hall mark of a great batsman not to speak of the fact that all his innings have been match winning contributions.

It is imperative today that whoever opens with Tamim Iqbal, be it Soumya Sarkar or Liton Das, a watchful, dominating and aggressive opening partnership should be the order of the day. Tamim Iqbal who’s ability to launch a counter attack by resorting to innovative stroke play is what the southpaw would be looking to do. Tamim Iqbal has a tremendous record against the Indians and one would hope that Soumya Sarkar should open the batting with him and take the Indian bowlers to task. Soumya Sarkar hasn’t maintained the sublime touch from his Ireland showings and today’s opportunity ought to be grabbed with both hands by the tall and elegant left hander as he hasn’t gifted the fans a taste of his classical batting in recent times. Liton Das, another youngster with immense talent would be keen to show his mettle today along with Mushfiqur and Shakib Al Hasan. It would be interesting to see whether it’s going to be Mohammad Mithun or Sabbir Rahman who’d be the one to replace Mahmudullah Riyadh who’s in doubt because of his calf injury.