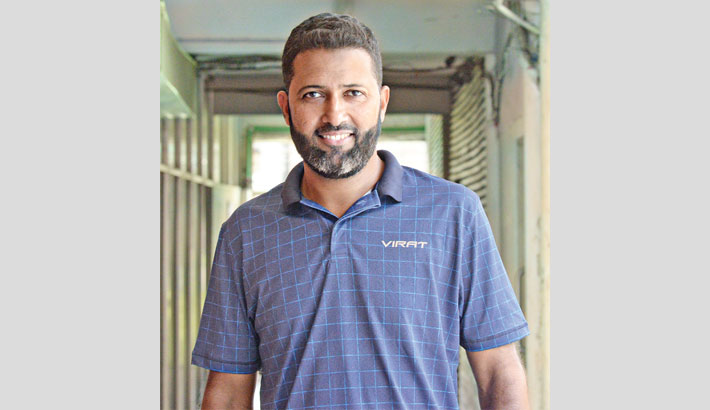 The veteran opener, who played 31 Tests (five hundreds and 11 fifties) and two ODIs for India, came to the BCB Academy Premises and got introduced with his charges as BCB is currently running a four-month long residential camp for it’s HP unit.

“We will use his expertise as per our requirements,” said BCB Game Development official Abu Emam Mohammed Kawsar on Sunday.

Apparently, Jaffer accepted the offer after being approached for the job by BCB. The 41-year-old was in Bangladesh for a couple of weeks to play in the Dhaka Premier Division Cricket League (DPL) for Abahani Limited.

On that trip, BCB officials were impressed upon seeing the seasoned campaigner at the nets. Recently, a few net sessions with the Mumbai run-machine helped Bangladesh batsman Soumya Sarkar score a hundred and a double-hundred in the DPL, Bangladesh’s premier one-day competition.

“I have seen his (Wasim) batting very closely. He is a very good and experienced player. He has scored 40,000 runs in his career. Since he scored so much runs, he definitely has the quality,” Soumya had said.

Revealing how he picked Jaffer’s brains, Soumya followed his every move.

“I have understood how he thinks in the field and outside the field. I also follow his way of batting. I talked with him about this, nothing more than that and just tried to follow his instructions,” said Soumya Sarkar.

At the academy, Jaffer will train with Bangladesh batsmen in the U-19s, the A team and also the senior side.

For Jaffer, this will be his first international coaching assignment.