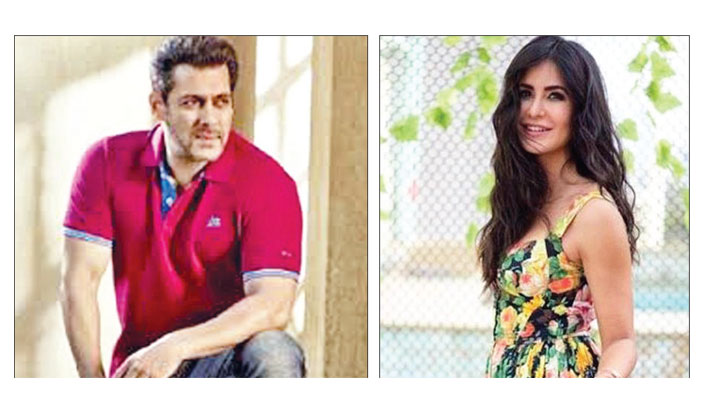 Actor Katrina Kaif has been busy promoting her next film Bharat, where she stars with Salman Khan. Katrina, who is close friends with her co-actor too, rarely loses a chance to pull his leg. At a recent media interaction, Katrina was reminded of her comment that Salman needs to up his Instagram game. When reporter asked her how Salman should go about doing this, she said, “Ask Salman if he follows me!”

Meanwhile, her own Instagram game is on point. Katrina spotted a pretty flower-printed dress and shared the photo with just the right caption, “Phoolon se bharaa Bharat.” In the two pictures, Katrina can be seen in a summer, sleeveless midi in multi colours. Bharat will see Katrina play the main female lead opposite Salman, the other female lead being Disha Patani.

Bharat will release on Eid this year (June 5) and in the run-up to it, the makers have been releasing posters and songs at regular intervals. Salman reportedly appears in several different looks in the film as he essays different roles in the film including a circus artist, a miner, a naval officer among others.

Katrina was not the first choice for the role. The role was to be done by Priyanka Chopra, who abruptly quit the film last year, a fact about which Salman still appears to be sore. He has often said how Priyanka’s sudden exit left Katrina with very little time to prepare. “She came to meet me one day and said she is going to get married and hence won’t be able to work in the film. I had told Priyanka that we will adjust the dates for her. She said that she isn’t sure how much time she needs for the preparation of her wedding,” he had told Mumbai Mirror.