Trump walks out on Democrats as impeachment talk heats up 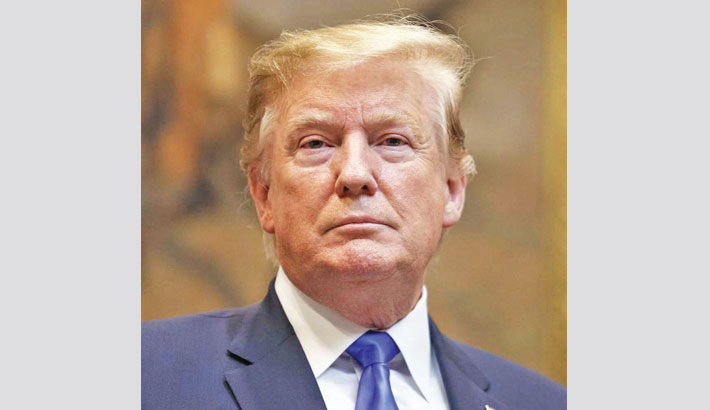 WASHINGTON: Donald Trump erupted in fury Wednesday at unrelenting probes into his links to Russia, as the top Democrat in Congress accused the president of a “cover-up” that could be an impeachable offense, reports AFP.

A livid Trump abruptly shut down a White House meeting with Democratic leaders Nancy Pelosi and Chuck Schumer, announcing he could not deal with them on policy until “phony investigations” are brought to a close.

The clash marked a dramatic escalation in Trump’s war of words with congressional opponents seeking to bring him to account for what they say is presidential wrongdoing.

Trump’s ire was seemingly triggered by House Speaker Pelosi, his nemesis in Congress, who declared following an emergency meeting with lawmakers earlier Wednesday: “We believe that the president of the United States is engaged in a cover-up.”

“I don’t do cover-ups,” Trump shot back at a hastily arranged Rose Garden press event moments after the aborted White House talks.

“So get these phony investigations over with,” Trump said—warning a failure to do so would spell gridlock on issues like fixing the country’s infrastructure, on which the two sides had hoped for a breakthrough Wednesday.

“You can’t investigate and legislate simultaneously,” he added. “It just doesn’t work that way.”

A two-year investigation by special counsel Robert Mueller into Russia’s interference in the 2016 US election concluded there was no hard evidence Trump’s campaign colluded with Moscow.

But the prosecutor said he could not rule clearly on whether Trump obstructed justice, leaving it to the Trump-appointed attorney general, Bill Barr, to declare there was no obstruction.