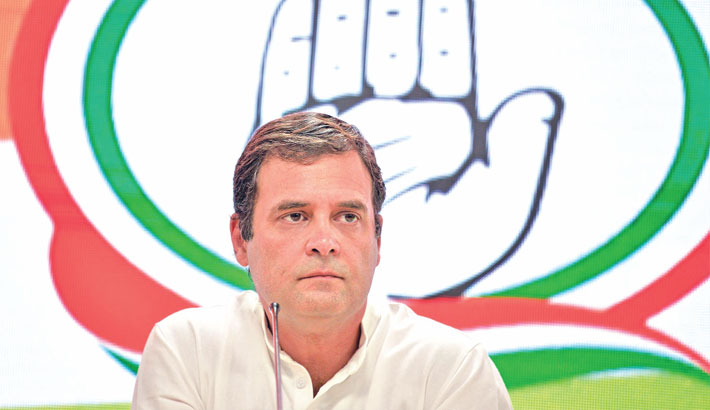 NEW DELHI: Honest, intelligent and open to new ideas is how officials of India’s main opposition Congress describe their leader, Rahul Gandhi, but the party’s election performance has been so poor he now risks losing even his family’s traditional seat, reports Reuters.

“If they want to change anything, change the leadership,” said a Congress official in Rajasthan, referring to the old guard around Gandhi. “You need to give young people a chance.”

He was among five current and three former party officials who told Reuters that Gandhi’s inability to jettison older leaders responsible for a major debacle in the 2014 general election and push forward newer, younger faces was a mistake.

Gandhi’s office did not respond to a request from Reuters for an interview.

Still, the 48-year-old Gandhi remains powerful within a party that has ruled India for most of its history since independence from Britain in 1947, and is unlikely to face a leadership challenge immediately.

But Congress’s continued slide has raised questions both about its future and the role of his family.Younger Indians find it difficult to accept that Gandhi was appointed Congress president only because of his lineage as the son, grandson, and great-grandson of prime ministers, said prominent historian and columnist Ramachandra Guha.

“The Congress should dump the Dynasty,” he said on Twitter. In May 2014, after Congress slumped to its worst performance in a general election, with 44 seats, Gandhi told reporters, “There’s a lot for us to think about, and, as vice president of the party, I hold myself responsible.”

Five years on, his party has suffered a further drubbing at the hands of Modi’s Hindu nationalist Bharatiya Janata Party and he was himself trailing in the family borough of Amethi in Uttar Pradesh, though he was leading in a second constituency from which he is contesting, in southern India.