A brush with a big cat 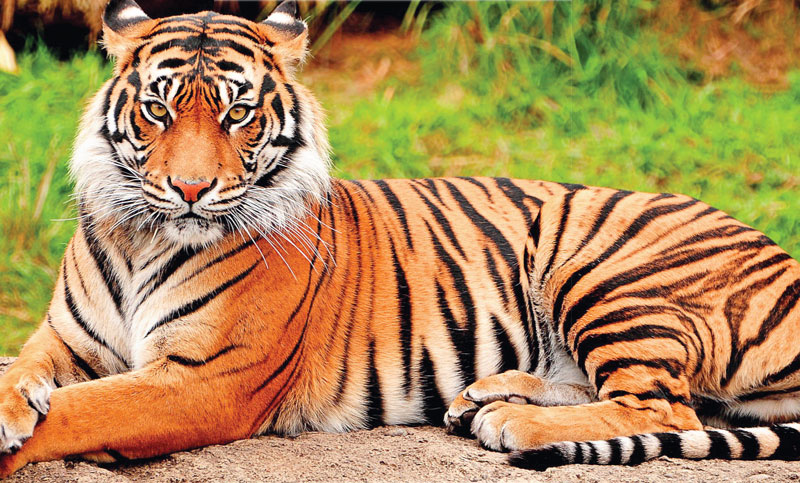 Amid worries that many wildlife species might go extinct due to climate change along with rising sea levels which might wipe out one of the world’s last and largest tiger strongholds – the Sundarbans mangrove forest, officials here gave a happy news that the Royal Bengal Tiger has registered a rise in their population.

As the number is increasing there has been more frequent incidents of tiger attacks on humans, some of which were fatal, residents of the area told the Daily Sun.

This correspondent himself had a brush with a Royal Bengal Tiger during his trip inside the Sunderbans mangrove forest recently and saw many pugmarks on soft soil of different sizes confirming the presence of the big cats.

There was a very different kind of growling which made the accompanying forest guard nervous, who yelled at the group which included this correspondent “move away, move away ... it is a tiger.” The guard readied his weapon in case the tiger came forward from the deep bushes and mangroves, but the big cat left kicking up dust and fallen leaves.

In a very recent incident a honey collector was attacked by a tiger, but he managed to survive with serious cuts as he repeatedly hit the large animal with an axe. The injured tiger let him go and fled into the dense bushes.

“A study has been carried out using the GPRS and the findings will be made public at an appropriate time, but we can safely say that the number of Royal Bengal Tigers have increased in the Bangladesh part of the Sundarbans mangrove forest,” Md. Modinul Ahsan, Divisional Forest Officer, told this correspondent in this port city.

He said, “the current state of the tiger is good because of continued patrolling by the Forest Department guards.”

“Thank God poaching has practically stopped because of the Forest Department’s surveillance and other measures to ensure a safe life for the wild life in the forest,” added Modinul, who is also the Project Director of plan to ensure safer lives for the wildlife.

The Forest Department also created a wild life sanctuary which helped in the growth of number of species in the UN heritage forest.

In the Bangladesh Sundarbans, a spike in extreme weather events and changing vegetation will further reduce the population, the study found. And as the Sundarbans flood, confrontations may grow between humans and tigers as the animals stray outside their habitat in search of new land and food.

Kingson Mondol of the Pugmark Tours and Travels said he had information that the number of the Bengal tigers have gone up significantly from the last count of 106. “I have no definite figure, but it could be around 150 now as I gathered from the forest officials who carried out the survey.”

This was a good news for Bangladesh at a time when the United Nations reported that the big cats are among nearly 500,000 land species whose survival is in question because of threats to their natural habitats.

But 70% of the land is just a few feet above sea level, and grave changes are in store for the region, Australian and Bangladeshi researchers reported in the journal Science of The Total Environment.

“By 2070, there will be no suitable tiger habitats remaining in the Bangladesh Sundarbans,” concluded the study by 10 researchers.

In 2010, a study led by the World Wide Fund for Nature projected that a sea level rise of 11 inches could reduce the number of tigers in the Sundarbans by 96% within a few decades.

Sharif A Mukul, lead author of the new report on the Sundarbans, and his colleagues looked for risks to the tiger beyond sea level rise, which accounted for 5.4% to 11.3% of the projected habitat loss in 2050 and 2070.

Other factors related to climate change were more damaging to the Sundarbans’ tigers, one of the largest remaining populations of wild tigers in the world, the researchers found.

Since the early 1900s, habitat loss, hunting and the illegal trade of animal parts have decimated the global population of tigers from around 100,000 to fewer than 4,000.

“A lot of things might happen,” said Mukul, an assistant professor of environmental management at Independent University, Bangladesh in Dhaka. “The situation could be even worse if there is a cyclone or if there is some disease outbreak in that area, or if there is a food shortage.”

Some steps have been taken to protect low-lying areas and the tigers living there, said Zahir Uddin Ahmed, an official with Bangladesh’s forest department.