Imrul Kayes at peace with destiny 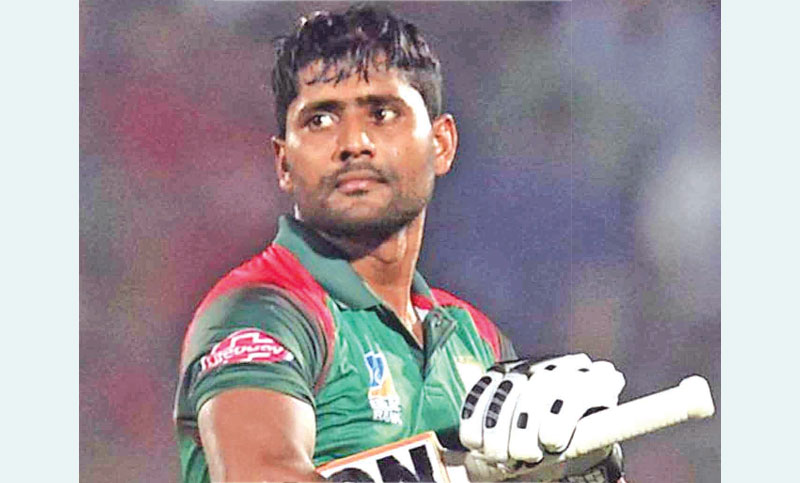 Bangladesh’s out of favour opener Imrul Kayes looked to have made peace with destiny as he said that he is ready to join ICC World Cup squad at any point if required.

Joining the national squad at the later stage of a multi-national tournament looked to have become some kind of destiny for him considering the recent past.

Bangladesh have sought the services of southpaw batsmen, Soumya Sarkar and Imrul Kayes, joined the squad for the remainder of the Asia Cup after Tamim Iqbal was injured at the midst of the tournament.

Imrul had to accept the same fate during the last World Cup as he was included in Bangladesh squad when Anamul Haque got injured during their third game against Scotland.

Imrul can always call himself unlucky considering he hit two centuries and a 90-plus score in the three-match series against Zimbabwe but he was dumped immediately after failing against West Indies in the following series at home in two successive matches.

In his career, Kayes had seen ups and downs relatively more than anyone else in the national dressing room while if Bangladesh sustained any unexpected injury at the top there is a possibility he could emerge as the favoured option.

Bangladesh Cricket Board (BCB) recently introduced an elite camp comprised of thirty top performers in the just concluded Dhaka Premier Division Cricket League (DPL) as they wanted them to be ready so that they can replace any cricketers in the national team in the World Cup, if required.

Despite not being a top performer in the DPL his inclusion in the 30-member elite camp only indicates that he is not totally out of the national selection radar cricketers considering his immense experience at international cricket.

Imrul said that he is enjoying his time in the camp and insisted that he is ready to come forward at any point if the national team requires his service. Very much like the way they did in the last World Cup and Asia Cup.

“I don’t have any problem (to join the national team at any point in time),” Imrul told reporters when his attention was drawn whether he is ready to join the ICC World Cup squad at a later part of the tournament due to injury crisis.

“Everyone knows that I played in the Asia cup on a sudden call. It was tough. I didn’t play any international match for six months before that,” he said.

“It’s good for me that I have been practicing my skills here, if opportunity arrives, I will be available to play in any situation and any condition for the team,” he said.

“Listen, it’s not easy to handle the pressure if you call someone suddenly but this camp will help you to prepare yourself. Other than this, it’s difficult to play well on a sudden call up,” he said.

“Fitness required for international matches and domestic league matches are totally different. I think those of us who are called up in this camp are very lucky because if someone gets injured players will be called up from here.  That’s why everyone has taken this camp very seriously,” said Imrul.

Imrul said that he understands the realities of life much better considering his past experiences but nonetheless believes it can be a blessing in disguise for him as he can gain insights on what areas he needs to work on to compete at the highest level.

“Yeah, it can be positive (all these rejection),” said Imrul.

“When someone comes and goes in the squad that helps him to realise a lot of things. I can also apply those things when I am in the squad. I think it’s good for me and it doesn’t discourage me at all,” he concluded.

According to Imrul just to be part of the 30-member squad he had refused to join county cricket.