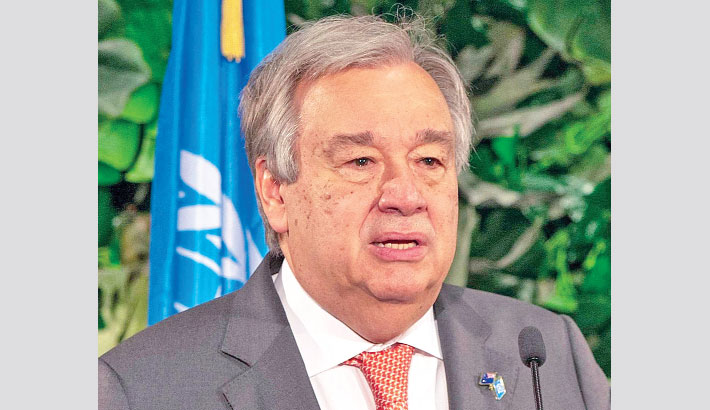 Guterres visited the Al Noor mosque, one of two Muslim centres in the New Zealand city where a self-described white supremacist killed 51 people in a March 15 shooting that the attacker live-streamed on Facebook.

The UN chief is travelling the South Pacific to highlight the impact of climate change but said he also wanted to show his support for Christchurch’s Muslim community during Ramadan.

“I know there are no words to relieve the hurt and sorrow and pain, but I wanted to come here personally to transmit love, support and total and complete admiration,” he said.