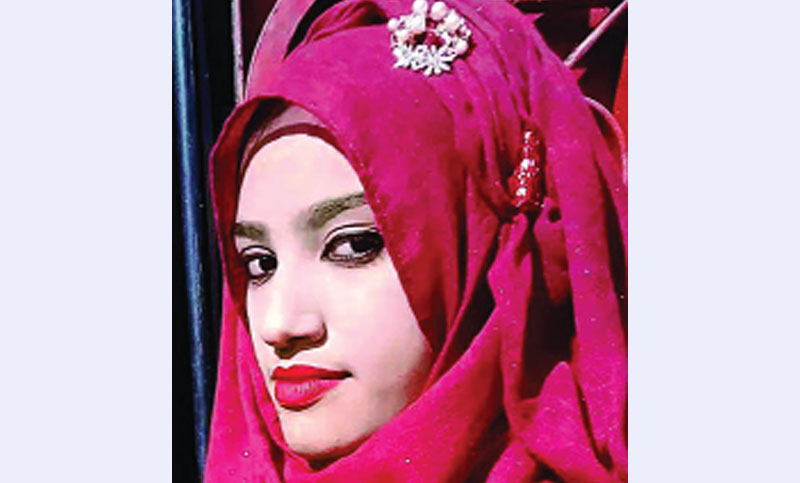 Police Bureau of Investigation (PBI) chief Banaj Kumar Majumder made the statement while talking to reporters on conclusion of a debate programme ‘Misuse of Technology in Oppression of Women’ at FDC in the capital on Saturday.

case will be submitted within this month as we have completed an investigation where we found involvement of 16 people,” he said.  Meanwhile, a case was filed against former officer-in-charge (OC) of Sonagazi police station, Moazzem Hossain, for allegedly committing cyber crime in recording Nusrat’s plea for help when she went to the police station to seek legal action against Sonagazi Islamia Fazil Madrasa Principal, Md Siraj-ud-Daula, for harassing her sexually on March 27.

Banaj Kumar, also deputy inspector general (DIG) of police, informed that two mobile phone sets of the OC were seized after filing of the case.

The investigation team of police headquarters also found negligence in duty of four police officials, including the OC. The report submitted to the IGP on April 30 recommended for their punishment.

Nusrat Jahan Rafi, a student of Sonagazi Islami Fazil Madrasa, was set on fire by five veil-clad assailants on April 6 following an instruction of the principal.

Ultimately, she succumbed to her injuries on April 10 at the burn unit of Dhaka Medical College and Hospital.