Work together for world peace 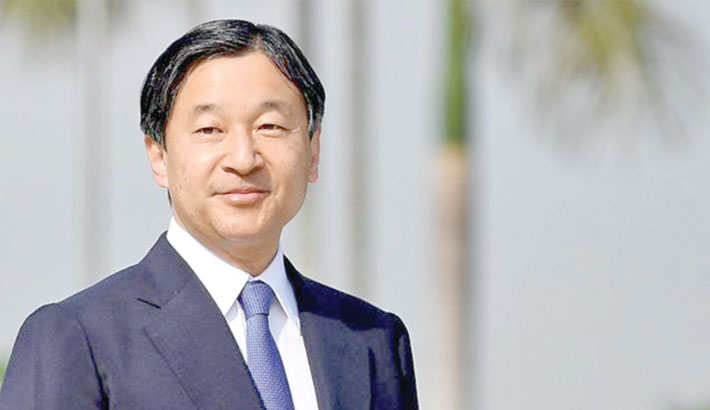 TOKYO: Emperor Naruhito urged Japan to work together for world peace as he made his first public appearance Saturday in front of a cheering, flag-waving crowd of tens of thousands, reports AFP.

“I sincerely wish that our country, hand-in-hand with foreign countries, seeks world peace and further development,” said the 59-year-old Naruhito, who ascended the Chrysanthemum Throne Wednesday. Japan’s 126th emperor wore a morning coat to make the brief appearance on a glass-covered balcony of the Imperial Palace in central Tokyo, along with other adult royals including Empress Masako.

Emperor and empress emeritus, Akihito and Michiko, did not join their children as they have decided to withdraw from official duties after their three-decade reign.

Akihito, 85, was the first Japanese emperor to abdicate in more than two centuries.

The royal family were scheduled to make a total of six appearances throughout the day, with some 50,000 people gathered before the main gate of the palace before the first one, according to national broadcaster NHK.

More elaborate festivities are planned for October 22 when he and Masako will appear in traditional robes for a palace ceremony before parading through the streets of Tokyo to be congratulated by a host of world leaders and royals.

The Oxford-educated Naruhito faces the delicate balancing act of continuing his father’s legacy of bringing the monarchy closer to the people while upholding the centuries-old traditions of the Chrysanthemum Throne. Like his popular father, he has warned of the need to remember World War II “correctly”, without downplaying Japan’s early 20th-century militarism. He has suggested the royal family should modernise, and vowed when he married Masako—who left behind a promising diplomatic career—to protect her “at any cost”.