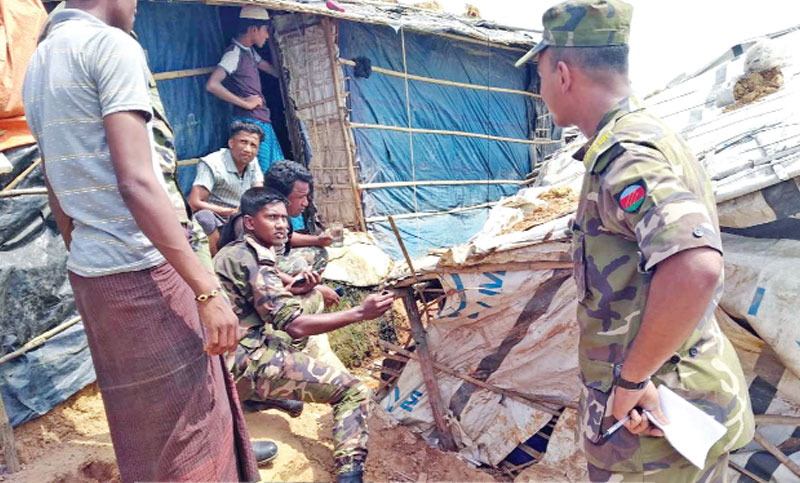 Army personnel are seen helping to repair the damaged houses caused by the cyclonic storm ‘Fani’ in Rohingya camps on Saturday. – ISPR PHOTO

Bangladesh Army has deployed its units for distributing relief and medical care services among the people of flood-affected areas caused by the cyclonic storm ‘Fani’.

Along with the local administration, they also initiated rescue work in the affected districts on Saturday.

Besides, another ship of Bangladesh Navy- ‘LCT-104’ set for Nildumur area of Satkhira district from Duigrat Mongla to carry out relief and rescue operations. Bangladesh Navy have also kept standby its contingents of Chattogram, Khulna and Mongla along with other ships for helping the affected people of the areas, the press release also added.

The relief materials include dry food, medicine and oral saline.