Tigers prepped up for Wolves warm-up 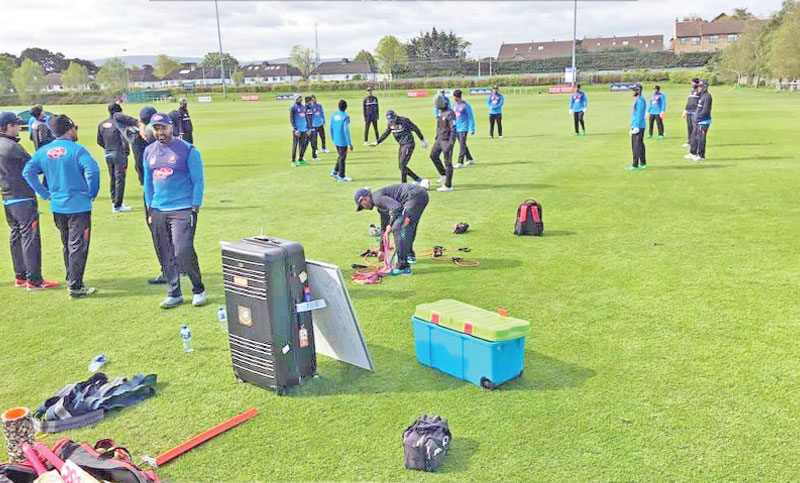 Bangladesh National Cricket Team will begin their campaign in Ireland with a warm-up match against Ireland Wolves at Beverly Hills Cricket Club today.

This will be the only warm-up game before Tigers jump right into the tri-nation series involving Ireland and West Indies, scheduled to start on the same day with other two countries taking on each other in the Castle Avenue Cricket Club in Clontarf.

The practice match which is scheduled to start from 4:45pm (BST) will give a perfect platform for Tigers to get acclimatised with the foreign condition ahead of their opening game against West Indies, scheduled to be held on May 7.

Bangladesh will be eyeing to tick all their boxes in the warm-up as they are well aware that they need to adapt to the condition as soon as possible as it is totally opposite from their home condition.

While Bangladesh went to Ireland by preparing in the heat, the temperature at that part of the world is extremely cold with an average temperature hovering between six to eight degree Celsius.

“It is totally different from our country and we need to adapt to the conditions as early as possible. Because difference in weather and conditions will surely have an impact on our cricketers,” Minhajul Abedin told daily sun from Ireland on Saturday.

“We know that we need to make a positive start in the tri-nation and in-order to achieve that we have to take the confidence from the practice game as doing well there will certainly boost our morale,” he said.

Batsman Tamim Iqbal and the team management had earlier explained that shuffling the playing order might be needed to keep the players fit and fresh for cricket’s quadrennial showpiece event.

With Rubel Hossain just having recovered from a side strain, Mustafizur Rahman’s ankle problem and Mohammad Saifuddin having played the whole Dhaka Premier Division Cricket League (DPL) with tennis elbow, the window might be open for the backup players to step up and strut during the tri-series.

The selectors earlier stated that a few changes may happen in the World Cup squad since the last deadline of bringing up changes to the World Cup squad is on May 23. Therefore the four players-Nayeem, Yasir, Taskin and Farhad can still force their case for the showcase event.

All three teams will face each other twice in a doubleheader league format and the top two teams will play in the final, scheduled to take place on May 17.

Bangladesh team will then travel to England for World Cup with International Cricket Council support period starting on May 23.

Before leaving home on Wednesday, the members of Bangladesh World Cup squad expressed their optimism of performing well in the biggest cricketing event. Skipper Mashrafe Mortaza, who would become the first captain to lead Bangladesh in successive World Cups.