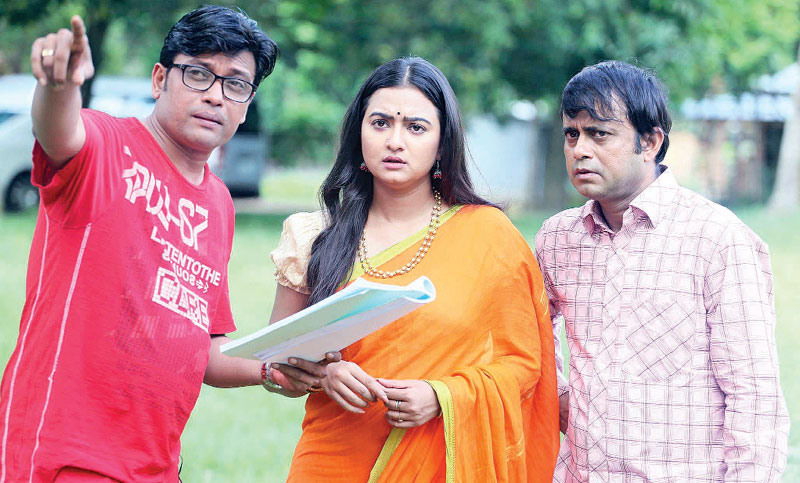 Celebrated actor of the country Anisur Rahman Milon has always amused his fans with his acting skill. Now he is coming up with a drama series as a director on the occasion of upcoming Eid-ul-Fitr.

Milon has been directing the seven-episode drama serial titled ‘Abba Ukil Dakbo’ for the upcoming Eid-ul-Fitr. Shooting of the drama serial has begun at a shooting house in the capital’s Pubail area recently.

Written by Biplob Haider, the assistant director of the play is Chandan Chowdhury.

Talking about his new venture Milon said, “Abba Ukil Dakbo is a comedy genre drama. This play will also provide social message to the audience. Morever, I would like to know, how the audience will accept me as a director. Will it create a bazz or not! All the cast and crew of the serial were much supportive to me while shooting. I am very much thankful to them,” he added.

Actor Aa Kah Ma Hasan said, “We know, Milon is a talented actor, but I think he is more efficient as director. I have worked under his direction previously. If he continues his direction he will be a one of the top directors of the country.”

To note, Milon made his first drama titled ‘Baroari’ in 1999.