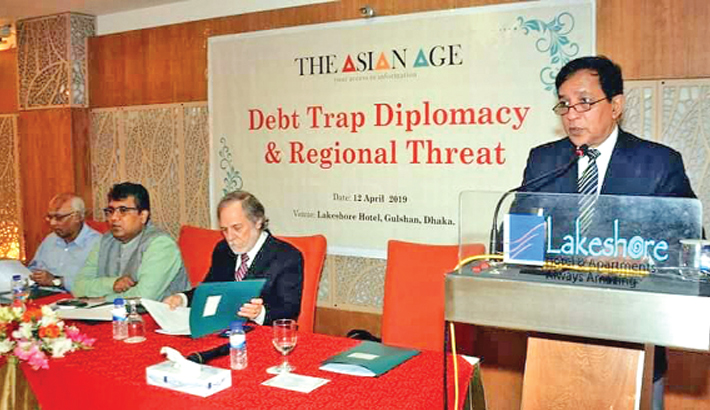 He made the remarks while addressing as chief speaker at a daylong seminar tilted on ‘Debt Trap Diplomacy & Regional Threat’ held at a city hotel on Friday. The Asian Age, a national english broadsheet, orgainised the seminar.

In his speech, the US scholar Dr Benkin also said, ‘Bangladesh economy grew 7.86 percent last fiscal year and expected that GDP will grow a record 8.13 percent this fiscal year. But the country should be very cautious about getting involved in ambitious mega projects as it may ultimately become a trap.’

Chairman of the newspaper’s editorial board M Shoeb Chowdhury delivered the votes of thanks.