Honest chowkidar or corrupt naamdaar, choice is yours: Modi 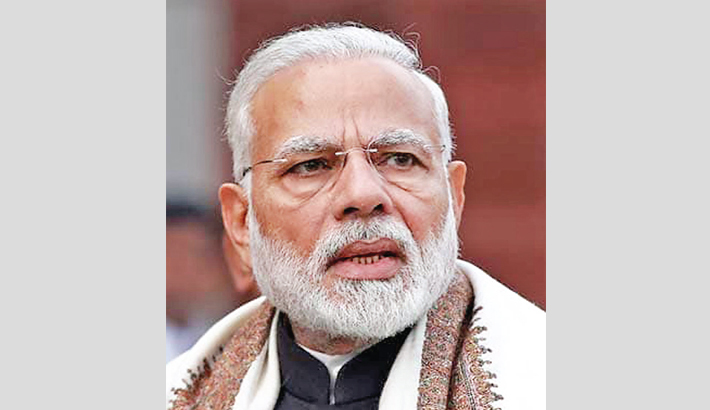 Ahmednagar: Prime Minister Narendra Modi on Friday continued his spate of attacks on the Congress saying that the party is “not concerned” about protecting the interests of the nation. PM Modi said the people have given a new slogan, “remove Congress to remove poverty”, reports Hindustan Times.

“In the past five years, the world has seen a strong and decisive government. Before that there was a remote-controlled government for ten years when news of scams was the order of the day,” said PM Modi, who was addressing an election rally in Maharashtra’s Ahmednagar.

PM Modi said, “Today, the world identifies the present government as a strong one. You are going to decide the furure course in the election. You have to decide what you want, an honest chowkidar or a corrupt naamdaar (a reference used by the prime minister for Congress president Rahul Gandhi). You have to decide if you will vote for the heroes of Hindustan or advocates of Pakistan.”In his election speech, the prime minister did not mention Balakot air strike by the Indian Air Force directly but made a veiled reference to it while targeting the Congress-led Opposition camp. He alleged that under the previous UPA government, permission was not given to the armed forces to attack terror camps across the Line of Control.

PM Modi also hit out at Nationalist Congress Party chief Sharad Pawar, an influential leader in Maharashtra and former defence minister. Pawar’s NCP was in alliance with the Congress in the UPA government.