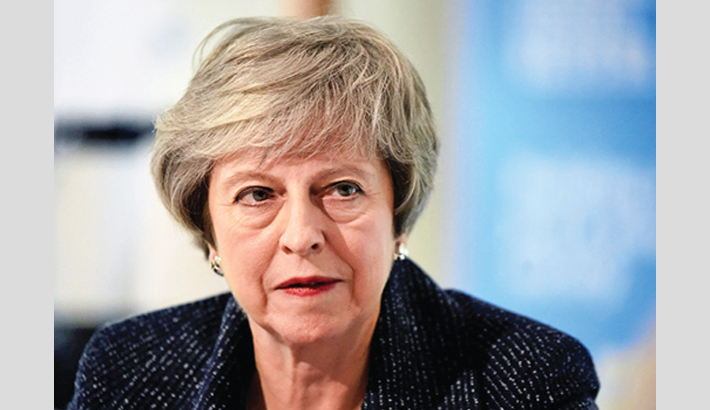 LONDON: British Prime Minister Theresa May faced down a call to resign on Thursday as she implored MPs to resolve the Brexit impasse at last after the EU granted a new six-month delay, reports AFP.

May’s 27 European Union counterparts pulled another all-nighter in Brussels before clinching a compromise timetable for Britain’s departure, extending the deadline until October 31.

Britain will be able to leave before then if its parliament finally manages to ratify the hotly-contested divorce deal May reached with the bloc and that has been behind all the political turmoil in London, with MPs unable to back it—or any alternative they themselves have come up with.

“The whole country is intensely frustrated that this process to leave the European Union has not still been completed,” May told MPs in parliament.

She said lawmakers should reflect during their forthcoming Easter break on the decisions that will have to be made swiftly upon their return.

“Let us then resolve to find a way through this impasse,” said May. “The choices we face are stark and the timetable is clear.”

The second departure extension—Britain was otherwise due to crash out on Friday—infuriated hardcore Brexiteers in her centre-right Conservative Party like William Cash, who want May’s head.

They fear that the delay might be prolonged yet again—and the extra time used to engineer a softer form of Brexit, or even see it annulled outright.