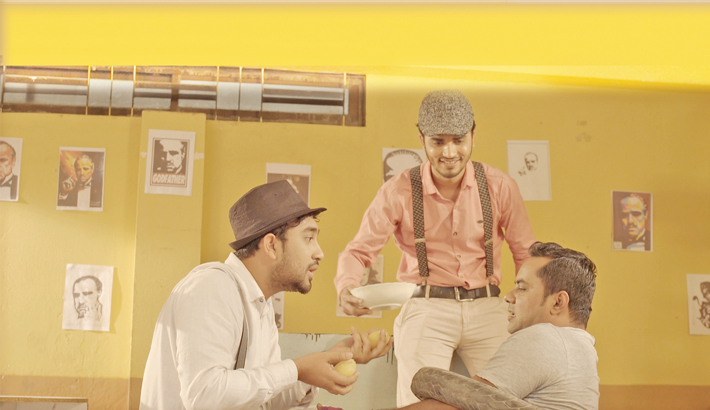 A special single-episode drama Detective Love will be aired on Nagarik Television today at 9pm on the eve of Pohela Baishakh.

Jovan portrays an amateur detective role in this drama. This is basically a comedy drama. The plot of the dram is- Toya came to Jovan and Faisal for get rid of her fake relationship. After that various strange things happened to them.

This comedy drama will be released on CMV’s YouTube channel at 10pm after telecast.

Speaking about this drama actor Jovan said, “Detective Love is a fun drama. I was enjoying a lot during shooting. I hope audience will enjoy the drama too.”

On the other hand, Toya said, “I did some work with Mohan Bhai before. But this is very different from the others. Because, it’s a comedy genre drama. Audience will laugh and enjoy while watching,” she hopes.