From Hijri to Bangla Calendar 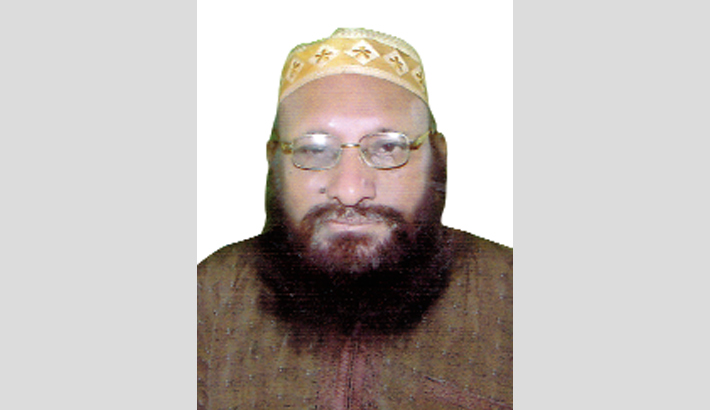 It is known to all of us that the Bangla Era (Bangla Shon) is essentially the solar version of the Hijri lunar year. Almost ninety per cent of the country’s population are Muslims. The underlying cultural identity of a nation is blended with the splendid and transparent cultural characteristics of the people. It originates from the decent and committed faith and belief of the people and is reflected in their enlightened tests and mindsets. A nation’s cultural identity reflects the actual nature and characteristics of the nation among the world communities and helps to establish and reinforce the national image on a solid footing. The strength of its inherent culture protects the nation from the infiltration of harmful and unacceptable elements of external cultures. It helps to secure the uniqueness of a nation’s cultural identity.

However, the use of English calendar started in Bengal after the disaster at Palassey that took place in 1757 AD. On the other hand, the use of Hijri Era started being used in this country by 640 AD by the time Islam, as a religion, started being preached in this country. This was concurrent with the mid of the rule of Caliph Hazrat Umar (Ra), who introduced the Hijri Era in the Muslim world.  It may be noted here that, the need for an Islamic calendar was being felt keenly, and in 639 AD, 16 years after the demise of Prophet Hazrat Muhammad (pbuh), Hazrat Umar (Ra) planned to introduce a Hijri calendar. This also aimed at commemorating the event of the Prophet’s (pbuh) migration from Makka to Medina Munawara. Thus the year 622 AD in which the migration took place was considered the starting date (base year) of the Hijri Era.

The foundation of Muslim rule in Bengal started with the conquest of Bengal by Ikhtiaruddin Muhammad Bakhtiar Khilji in 1201 A.D, and the Hijri Era was introduced as the official calendar year in this country. The use of Hijri Era in official works continued in Bengal until the beginning the British rule.

Hijri year is a Lunar year. A vast majority of Islamic religious events and worship days/nights are related with the Lunar months, days and nights of the year, and the importance of Hijri year in this part of the world remains tied and interrelated from the beginning of the advent of Islam in Bengal and will continue to remain equally effective.

From a religious point of view, the Hijri Era is considered as a very sacred year. During the reign of Mughal Emperor Akbar the Great only for the advantage of collecting government revenue from its subjects during the harvesting seasons, it was felt necessary to introduce a solar calendar keeping intact the dignity of the Hijri calendar.  The reason is that the Hijri year is counted in line with the appearance and movement of the moon, and thus it does not correspond or relate to the different seasons of the year accurately every year, which is related with the production and harvesting of crops. Thus, whenever a long-term time plan or system was introduced for the collection of government taxes from the people, the general taxpayers faced huge financial constraint to pay the taxes. Because the Hijri years move forward every year due to the shorter span of lunar cycles and a big gap is created between the harvesting times and the tax collection times, over a period of years. It may be noted here that, in those days, the country was fully dependent on agriculture and the people could pay taxes only after a harvesting season.

Thus, due to forward advancement of the Hijri/lunar years, the harvesting season did not match with the tax collection times of the government and the mass people were put in trouble as they were short of cash to pay the taxes far ahead of the harvesting season. On the other hand, the Solar year is considered and counted as per the movement of the sun for which the seasons of the year are closely interrelated with the solar calendar months. In the lunar year system, about 354 days make a year, while the solar year consists of 365 plus days. Due to this, it was felt necessary to discover a new system that relates the tax collection periods keeping in line with the harvesting seasons which essentially corresponds with the solar year. In the year 1584 AD emperor Akbar advised his pundits to find a new and convenient system.  Based on this, Amir Fate Ullah Sirajee of the emperor’s royal court studied and reviewed the different calendars available in the subcontinent at that time and tried to convert the Hijri calendar into solar calendar by extending the 354 days to 365 days; and thus he designed a new calendar which, since then, has been our Bengali calendar. The Amir submitted his new calendar to the royal court of Emperor Akbar the Great.

The year 1556 in which Emperor Akbar ascended to the Mughal throne was considered as the base year to calculate the beginning of this new calendar year, and the year 1556 AD was corresponding with the Hijri year 936. Due to this conversion of the Lunar Hijri year to Solar Bangla year the different seasons of the year, and the crops harvesting months of the year fully matched with the solar calendar, i.e. with the newly introduced Bangla calendar. In the year 1585 AD Emperor Akbar promulgated his royal orders to introduce this new calendar as the revenue year or, in other words, as per the crops harvesting calendar.

It may be noted here that it was Emperor Akbar who named this country (Bangla/ Bengal) as ‘Sube Bangla’ and included this land as a part of his royal empire. Subedar Shahbaz Khan first introduced this Bangla calendar in ‘Sube Bangla’ and started collecting revenue based on this calendar.  The people of Bengal welcomed this new system not only for the advantage of paying taxes but also as a part of their daily life as if it was their own calendar.

The reputed Pandit Amir Fete Ullah Shirajee designed the Bangla calendar during the reign of Emperor Akbar; and during the sixties of the twentieth century, some modifications were made by the Bangla Calendar Review Subcommittee of the Bangla Academy. This committee was headed by the highly learned person and polyglot Dr Muhammad Shahidullah. According to these reforms, all the first five months of the Bangla year (Baishakh to Bhadro) have 31 days and the last seven months (Aswhin to Chaitra) have 30 days. This new and reformed calendar was officially introduced since that time. With regard to the ‘Leap year,’ it was decided that in the leap year the month of ‘Chaitra’ will have 31 days. The year which is divisible by four would be considered as the leap year.

Other major Muslim events for which Muslim communities in this country and the government use the Hijri and Bangla calendar days are: collection of rent/land taxes by the government, agricultural cultivations including sowing of seeds, harvesting crops, events of marriage ceremony and etc. are still simultaneously related with the Bangla and Hijri calendar months and days. A large number of religious events like religious mass gatherings, Islamic conferences, ‘Jalsas’, ‘Urs Mubarak, mass preaching and etc. take place keeping in mind the Bangla calendar days.

Some elements of bad cultures infiltrate in the colourful celebration events, which conscious and responsible members of the society do not welcome. We should celebrate the Bangla New Year (Pahela Baishakh) in a manner that is compatible with our innate core values, and keeping in mind our cultural tradition.  There is a deep bonding between the Hijri calendar year and the Bangla calendar year, and in our mind and memory, we hold very dear these two calendar years as our own.

The writer is an Islamic thinker and a former Director of the Islamic Foundation, Bangladesh