Demons Must Die and Civilisation Survive 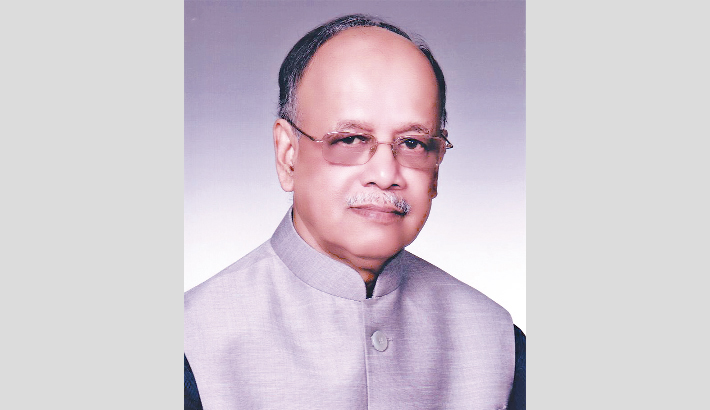 One of the most heinous and brutal crimes in Bangladesh in recent times is the burning to death of Nusrat Jahan Rafi, an 18-year-old student of Sonagazi Islamia Senior Fazil Madrasa in Feni. She refused to give in to the lust of the Madrasa Principal, Mowlana Sirajuddaula. It is alleged that Sirajuddaula regularly sexually harassed Nusrat and, on 27 March, she went to the local police station along with her mother to lodge a complaint against the Principal about this constant threat to her. But the local police station not only did not take the incident seriously but also the Officer-in-Charge, Moyazzem Hosen, was rude to Nusrat and took no action to protect her even after her family had earlier requested this from the police. Hosen also ridiculed Nusrat and her mother, accusing her of dramatising a small incident.

But Nusrat was a brave girl and filed a case of attempted rape against the Principal, who was subsequently arrested. Immediately, Nusrat and her family came under pressure from the local goons of Sirajuddaula to withdraw the case against him and they were even defiant enough to bring out a procession demanding the unconditional release of Sirajuddaula. On 6 April, Nusrat was supposed to sit for her final Alim exam but, on the previous day, when she went to her madrasa, four completely covered ladies took her to the roof top of the madrasa, doused her with kerosene and set her ablaze. Nusrat suffered third degree burn injuries. She was immediately rushed to Dhaka Medical College Hospital’s Burn Unit but, after bravely fighting for five days, she succumbed to her injuries on Wednesday night.

The brutal death of Nusrat shook the entire nation. It seemed that every family lost one of their own, a daughter or a sister. The Prime Minister closely monitored the incident and took responsibility for Nusrat’s treatment and even instructed the hospital authorities to make arrangements to fly her to Singapore for improved treatment, if necessary. But the victim’s physical condition did not allow her to be moved anywhere.

Madrasas have always been in the news for the wrong reasons in this country. Amongst the two types of Madrasa system of education prevailing in the sub-continent, Aliya and Quomi, the Quomi type thinks it is above all state laws and regulations. They have refused to adjust to the change in times and update their curriculum. Those who pass out of these madrasas cannot enter the mainstream job market as they lack basic employability skills. In many madrasas, the practice of sodomy and homosexuality seems to be common. Brutal beating of young students by their teachers is an everyday affair and, in recent times, there have been deaths and suicides because of these practices in such madrasas. 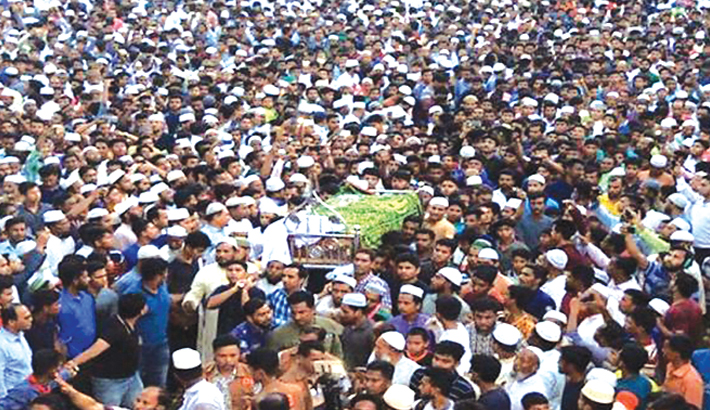 Prime Minister Sheikh Hasina, in an attempt to give some sort of recognition to Quomi Madrasa education, has passed a law to make the Master’s degree of Quomi madrasas equivalent to one in Islamic Studies and Arabic. But the generous gesture by the Prime Minister seems to be wrongly interpreted and taking education and culture in these madrasas nowhere. An education system that was originally designed to create Islamic scholars has in most cases become a den of criminals and thugs, who peddle hate literature and produce half-educated Mullahs, most of whom neither know the proper teachings of their religion nor can interpret the verses of the Holy Qur’an or Hadith properly. This has happened in Pakistan, India, Bangladesh, and many other Muslim majority countries. Instead of teaching the real spirit of Islam, most of these madrasas teach intolerance, hatred and, on top of all that, the doctrines of extreme Salafism, a system prevalent in Saudi Arabia. Even that nation is trying to update its madrasa curriculum and has already built some modern state of the art education institutions, including medical colleges and universities.

Madrasas were supposed to be abodes of peace and enlightened people but unfortunately many of these are peopled by sadists and self-styled soldiers of Allah. They interpret the Holy Qur’an in their own way, each differing in their understanding, confusing the general public and indoctrinating them into a world of hate, violence and intolerance towards people of other faiths.

Most of the evils committed in these Quomi madrasas do not make the news headlines – only some do. On 3 March, a child named Towhid, studying in Mymensingh’s Omar Farukh (RA) Hafezia Madrasa, was beaten and physically tortured by his teacher Hafez Aminiul Islam because he could not complete his assignment on time. Severely wounded by the beating, Towhid was moved to a hospital in Dhaka where he died subsequently. A 19-year-old female student of Alim Second Year came to Bogra’s Sonatali Fazil Degree Madrasa to enquire about her scholarship, where she was raped by the Principal Maulana Fazlul Karim (62) on 3 April. Later he was apprehended by the local people and handed over to the police. An allegation has been made against the physical education teacher Saiful Islam of Barguna Sadar Upazila Rafezia Dhakil Madrasa for asking an eighth grade student to come to his residence, where he raped her on 7 April. The relatives of the girl and the locals rescued her in critical condition and admitted her to Barguna General Hospital. Sanjida Rashid studied in class 8 in a madrasa in Rampura of Dhaka City. She was raped in the madrasa by one of her teachers and later killed by him. Monir Hossain (8), a class one student of Nur-e-Madina Madrasa of Demra near Dhaka, went missing last Sunday. The next day the police recovered his body stuffed in a sack, on the stairs of the under-construction Nur-e Ayesha mosque in the nearby Dogair Natun Para area of Demra. Later police arrested a teacher of the madrasa along with two of his accomplices who confessed to the police that they killed the little child. Before killing Monir Hossain they demanded ransom money of three lakh taka from the parents. Failing to get that sum, the abductors decided to kill him.

Examples of such incidents abound and the nature of the crime is always the same. A group of thugs in the garb of teaching the messages of Allah and his Messenger regularly indulge in such heinous crimes and, although some are brought before the courts of law, most remain untouched,  often sheltered by powerful local political and social touts. The main accused, Sirajuddaula, was also sheltered by two local thugs, Nuruddin and Shadat, who were instrumental in organising the rallies on March 28 and 30, demanding the release of Sirajuddaula. They even used the young students of the same madrasa to join the rally, which is seen as an outrageous act.

Prime Minister Sheikh Hasina has instructed all the concerned organs of government to ensure that the killers of Nusrat get the most severe punishment for the crimes they committed. But if the past is a reference point, many would not be surprised if Sirajuddaula and his band of thugs were set scot-free, taking advantage of loopholes in the law. Criminal laws in this country are often used to protect the perpetrators and not give justice to the victims. This has happened in many cases. Now, however, the Law Minister has announced that, if necessary, the case will be heard in a special tribunal. It should not be dependent only on necessity but on the expectation of the common people and the Prime Minister and the trial should begin immediately. Capital punishment should be ensured for Sirajuddaula and his band of thugs and all those found guilty.

It is again time to rethink the future of Quomi Madrasas in this country. The reality is that one cannot deny their existence but they need to be reformed to meet the needs of the time. Other countries have done so; why should Bangladesh lag behind? Even Pakistan, which thrives on violence, militancy and religious intolerance, took a bold step in 2014, when it shut down 182 madrasas after the deadly shooting in a Peshawar school in 2014 which killed 134 children and 9 adults. Bangladesh may find it difficult to close down these madrasas but it can surely put a cap on their mushroom growth when they are run by half-educated Mullahs. They need to be encouraged to create Islamic scholars and thinkers, as they did from the 9th to 16th centuries.

In a directive by the High Court Division of the Bangladesh Supreme Division directed all the education institutions of the country to form a committee for hearing of cases relating to sexual harassment and making sure that the committee includes at least a woman member from outside in each such committee. Why should madrasas be left out of it?

May the soul of Nusrat Jahan Rafi rest in peace! She is our daughter and now the beloved daughter of the nation.

Bangla New Year wishes to all my readers.