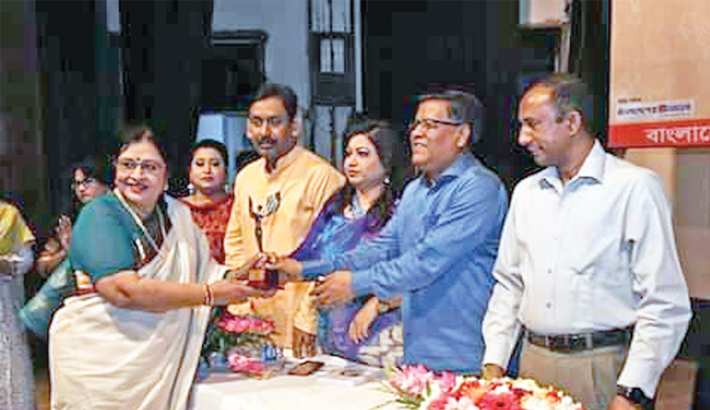 Five women and an institution were accorded a reception by Bangladesh Nari Sangbadik Samity (BANASAS) on Wednesday for their outstanding contributions to their respective fields.

BANASAS arranged the programme at the Music and Dance Centre Auditorium of Bangladesh Shilpakala Academy in the capital to mark its first founding anniversary, says a press release.