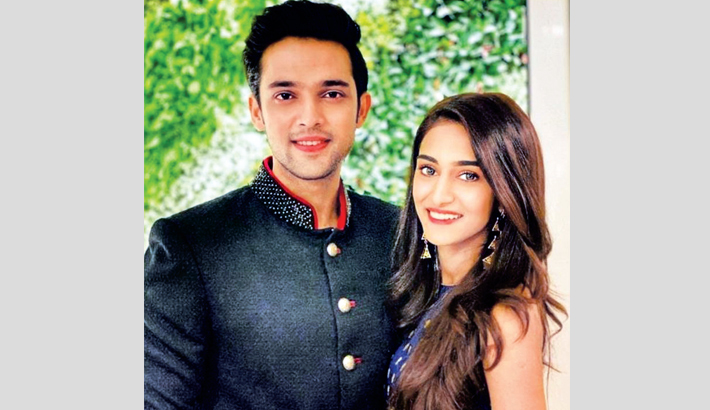 Erica Fernandes is no stranger to link-up stories. There were many rumours about her close friendship with co-star Shaheer Sheikh while working on the TV drama, Kuch Rang Pyaar Ke Aise Bhi. The duo refuted them often but to no avail. And now, history seems to be repeating itself as now speculation about Erica and her Kasautii Zindagi Kay co-star Parth Samthaan refused to die down, reports Hindustan Times.

Rumours are that the couple who have sizzling chemistry onscreen as dating off screen.

They arrive together, eat together and are holed up in their make-up rooms together during breaks.

“It is news to me that such rumours are out there. But, I guess, rumours are a part and parcel of the entertainment industry,” says Erica, refuting rumours of the link-up.

“I have known Parth since we started working together on our TV show and we shoot every day. We are good friends and have a great working relationship. Whenever we chill together, we have a whole bunch of people with us.

When we go for events, we are often leaving from our set, so yes, we do leave together. That doesn’t mean we go home together. In fact, we live in different parts of the city,” Erica adds.

Erica remains unfazed with the speculation and takes it in her stride.

“People believe what they want to believe. We are good friends but we are not dating. I can’t stop them nor can I explain things to everyone. From day one, we got along well.

And link-ups are a common occurrence in shows with romantic storylines. It doesn’t bother me as I know the truth and I can’t stop them.”

Ask her if she would date an actor and she says, “I can’t say who I would date or not. For me, the person is important, his profession is not.”