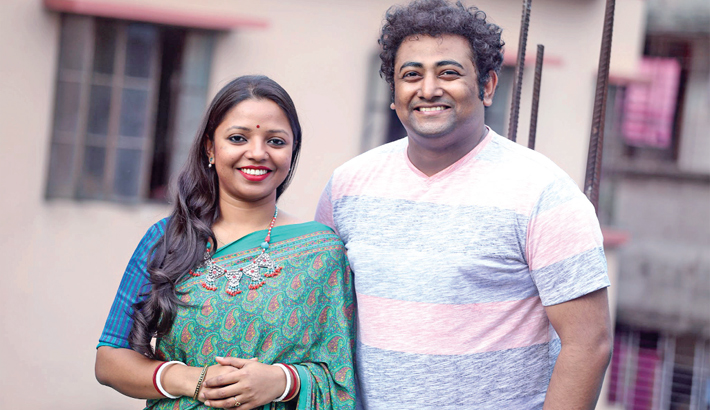 Talking about this song singer Priyanka told, “For the first time I am working on Yousuf’s composition. The lyrics and music both were excellent. He (Yousuf) really did well. As a singer I am very satisfied.”

Music director Yousuf Ahmed stated, “This is my first job in my career as a music director of a film. Initially I was supposed to work on a song. Everybody included film director loved the song. Later I was offered to compose two more songs. Priyanka Didi did a wonderful job. I think people will like it.”

Among the other two songs one was sung by Yousuf himself and another by Singer Konal.

On the other hand, Priyanka rendered her voice to a song for upcoming Boishakh. This song has written and composed by Enamul Karim Nirjhar.   Priyanka won Bangladesh National Film Award for Best Female Playback Singer for her performance in the film Anil Bagchir Ekdin (2015). It was her debut as a playback singer.