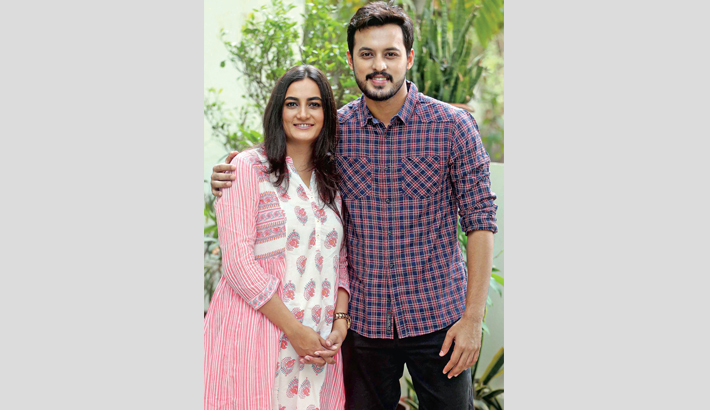 Promising director Uday Bangali comes up with his 3rd single-episode drama Baishakhi Hawate in this Baishakh. This drama is written by Mehrab Zahid. The drama shot on different locations of Dhaka.

Speaking about this play director Uday said, “People from different level have faced some problem during shopping of Pahela Baishakh. This drama is focused on that. Popular actor Aparna Ghosh and Irfan Sazzad are the main characters of this drama.”

Actor Aparna Ghosh said, “This is my first work with Uday. I always appreciated the new comers and he has potentiality. If Uday keep that spirit he will go far”, Aparna hopes.

On the other hand, Irfan Sazzad said, “Uday did a good job. He tried to give a message through his drama. Besides, Aparna is my Co-actor. We both tried our best to portray our characters.”

Baishakhi Hawate will be aired on SATV in 13th April 9pm before the day of Pahela Baishakh.