‘No rift between Kangana, Ekta over Mental Hai Kya’ 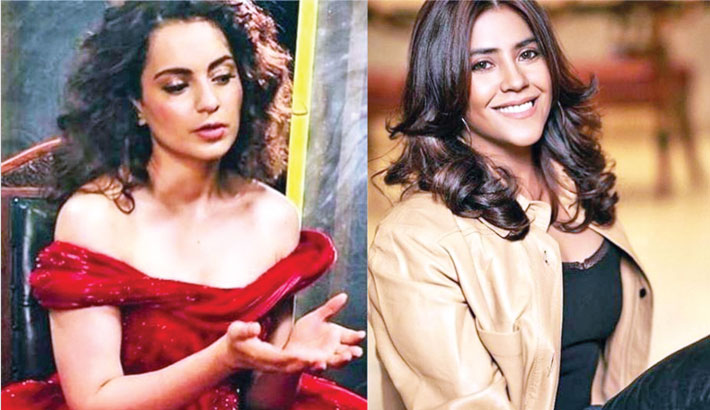 Actor Kangana Ranaut has wrapped up the shooting of her upcoming film, Mental Hai Kya. The actor will be seen alongside Rajkummar Rao in the film, which raised the interest of the moviegoers with its quirky posters. However, a recent media report stated that there was a rift between Kangana and the film’s producer Ekta Kapoor, which has now been dismissed by the former’s sister, Rangoli Chandel, reports Hindustan Times.

The report states that Ekta wanted Kangana and Rajkummar to do something more for the film after the wrap-up of the shoot. But since Kangana thought otherwise, this led to a tense situation between her and Ekta.

Earlier, pictures of the actor performing a dangerous wheelie on a bike on the sets of the film were shared online.