Has Ranveer replaced SRK in Don 3? 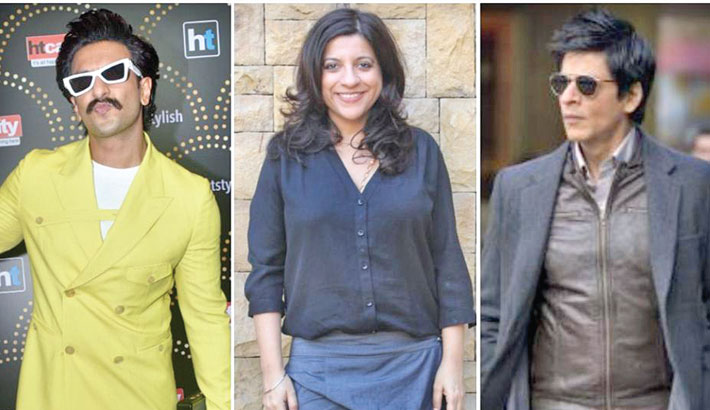 Zoya Akhtar and Ranveer Singh have worked in two films together while Shah Rukh Khan has starred in Excel Entertainment’s Don and Don 2. Ranveer Singh is on career high, thanks to the success of his films, Simmba and Gully Boy. A report in Mumbai Mirror had said that Ranveer may replace Shah Rukh Khan in Zoya Akhtar’s Don 3. The Gully Boy director has responded to the rumour, rubbishing all such talk, reports Hindustan Times.

Replying to a query, Zoya told “No, no. That’s absolute nonsense.” Shah Rukh worked in Don and Don 2 but speculation said he had pulled out of Don 3 as well as Rakesh Sharma biopic after Zero setback. However, neither Shah Rukh nor film’s director Farhan Akhtar has commented on the issue.

Ranveer has worked with Zoya twice, first in Dil Dhadakne Do and now in Gully Boy. Ranveer was appreciated for his work as a rap artist, who emerges from slums of Mumbai to be a bold, new voice of the streets in Gully Boy. Ranveer is currently busy shooting for his next film, 83, based on India’s World Cup win in 1983. The actor and the rest of the film’s cast are in Dharamshala for preparation for the film and its shoot.

Shah Rukh was suppose to begin work on Rakesh Sharma biopic but reportedly backed out of the project at the last minute and reports suggest that Vicky Kaushal will step into his shoes. However, nothing has been confirmed yet.

Zoya is enjoying the success of two of recent projects, Gully Boy as well as Amazon Prime web series Made in Heaven, the latter was created by Reema Kagti and her.