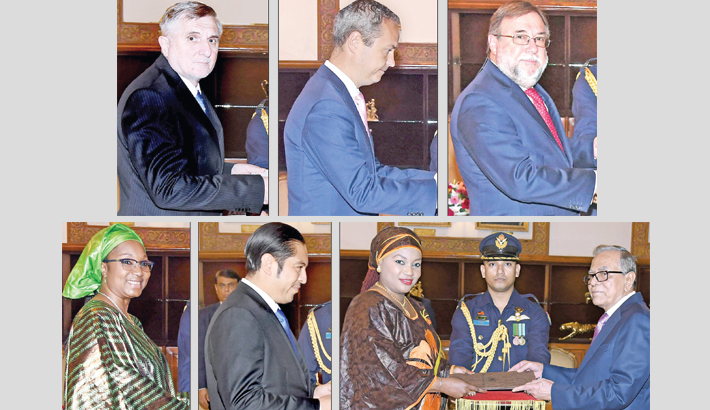 He called upon the envoys to take effective measures to utilize the potential sectors of their respective countries for mutual benefit alongside strengthening the diplomatic relationship.

Mentioning Bangladesh as the potential country for tourism, the President said Bangladesh has the world’s largest sea beach in Cox’s Bazar and the Sundarbans which is the part of World Heritage.

He also sought the cordial support from the envoys to uphold the tourism potentials of Bangladesh.

The envoys expressed hope that bilateral relations with Bangladesh will be strengthened in the days to come.

Praising the socio-economic development of Bangladesh, they sought the President’s cooperation in discharging their duties.

Secretaries concerned to the President and high officials of the Foreign Ministry were present.

Earlier, on their arrival at Bangabhaban, a smartly turned-out contingent of the horse-mounted President Guard Regiment (PGR) gave the envoys guards of honour as part of the ceremony.