Netanyahu on path for victory in Israeli election 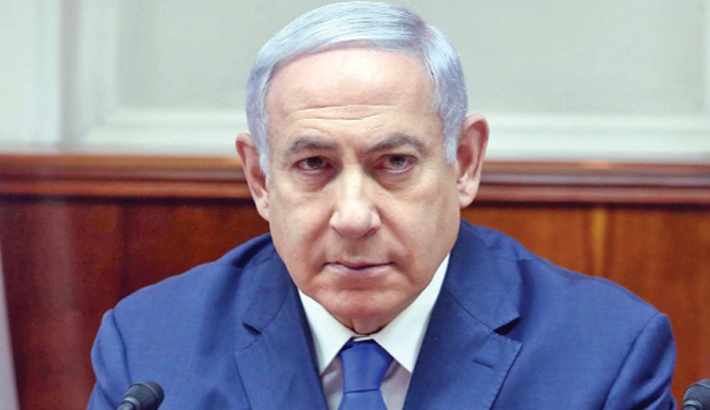 JERUSALEM: Prime Minister Benjamin Netanyahu was on path for victory in Israel’s election on Wednesday after nearly complete results put him in position to form a right-wing coalition and further extend his long tenure in office, reports AFP.

The results from Tuesday’s vote came despite corruption allegations against the 69-year-old premier and put him on track to become Israel’s longest-serving prime minister later this year.

But with 97 percent of the votes counted, results showed the Likud and other right-wing parties allied to him with some 65 seats in the 120-seat parliament.

The results would seem to leave President Reuven Rivlin, whose task it is to ask one of the candidates to form a government, with little choice but to pick Netanyahu.

Intensive coalition negotiations will follow and could drag on for days or even weeks.

Final results were expected by Thursday afternoon, with ballots for soldiers and other special categories of voters yet to be counted.

The close race between the two main parties had led to uncertainty after polls closed on Tuesday night and exit surveys were released.