China, US could win big on no-deal Brexit: UN 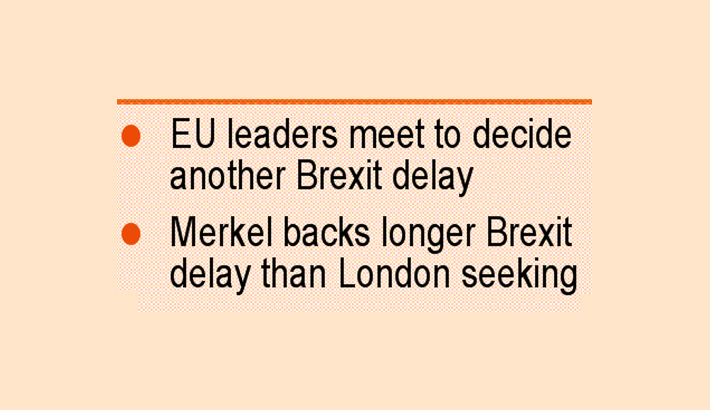 GENEVA: If Britain leaves the EU without a deal, the bloc and Britain’s smaller trading partners stand to lose big, but Beijing and Washington could reap huge benefits, the UN said Tuesday, reports AFP.

In a fresh report, the UN Conference on Trade and Development (UNCTAD) examined what repercussions it would have for Britain’s trading partners if the country crashes out of the European Union without a deal.

The report, titled “No-deal Brexit: the trade winners and losers”, came out as British Prime Minister Theresa May pleaded with EU leaders to provide an extension to the deadline for Brexit to avoid leaving with no deal on April 12.

The UNCTAD report warned that if Britain did exit the bloc without a proper divorce deal, it “would significantly alter market access conditions in the United Kingdom both for developing and developed countries.”

The British market currently accounts for about 3.5 percent of world trade, and last year the country imported goods worth almost $680 billion (604 billion euros) from the rest of the world, UNCTAD said.

More than half of that came from EU countries, who stand to lose out on nearly $35 billion in exports to Britain in the case of a no-deal Brexit, the report found.

But it stressed that Britain is also an important trading partner for many developing countries, whose exports until now have enjoyed very favourable market access conditions, largely thanks to preferential EU schemes.

Without a postponement, Britain is due to crash out of the European Union at midnight on Friday under a “no-deal” Brexit that could trigger economic chaos.

May has embarked on a last-ditch battle to postpone Brexit from April 12 to June 30 to arrange an orderly departure—but European leaders are expected to offer her a longer delay of up to a year.

“There are times when you need to give time,” EU Council President Donald Tusk tweeted, as he issued summit invitations.

On the other hand, German Chancellor Angela Merkel said Wednesday that she was open to giving Britain more time to arrange its exit from the EU than the June 30 departure London is seeking.

Merkel told Germany’s parliament ahead of a special EU summit in Brussels dedicated to Brexit that leaders may well agree to a delay “long than the British prime minister (Theresa May) has requested”.