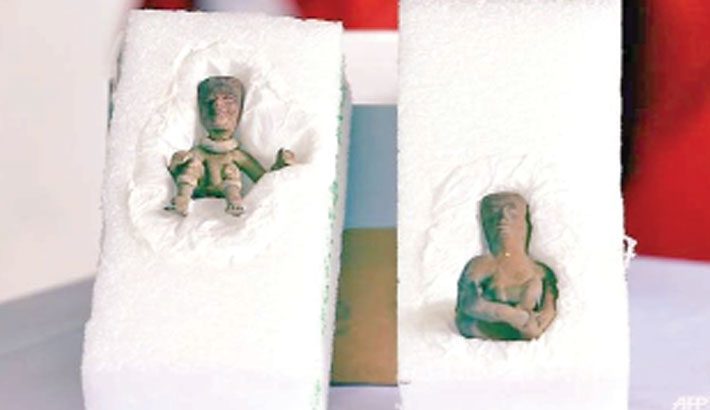 MEXICO CITY: The United States returned two ancient figurines to Mexico Tuesday, seized from the home of an amateur archeologist who died in 2015 with a collection of 42,000 artifacts, many of them taken illegally, reports AFP.  The small clay sculptures date from the Mesoamerican classical period, around 1,300 to 1,800 years ago, archeologists said at a ceremony at the US Embassy in Mexico City, where the Federal Bureau of Investigation (FBI) handed back the figurines.

The long, strange story of their return “started with a police investigation, and concludes today with this ceremony, in which Mexico is recovering two artifacts that are part of its cultural heritage,” said Mexican foreign ministry lawyer Sergio Estrada.

The artifacts were found in the US state of Indiana in the home of a collector named Don Miller, officials told journalists.

Miller, who died four years ago at age 91, spent his life traveling the world, participating in archeological digs and collecting rare artifacts, which he displayed in his basement.