Are you scared of debating me on graft? 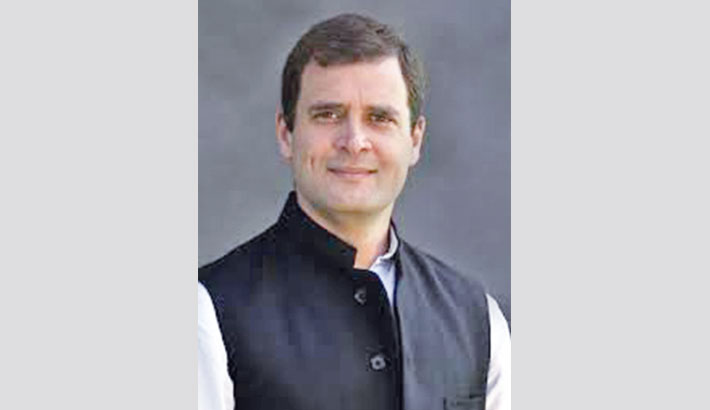 New Delhi: Indian Congress president Rahul Gandhi has thrown a new debate challenge to Prime Minister Narendra Modi in election season. All the ‘topics’ that Rahul brought up have already been ‘debated’ upon by the opposition and the centre more than once in the past, reports Ndtv.

“Dear PM, Scared of debating me on corruption? I can make it easier for you. Let’s go open book, so you can prepare: 1. Rafale + Anil Ambani 2. Nirav Modi 3. Amit Shah + Demonetisation (sic),” Rahul Gandhi tweeted on Tuesday as PM Modi addressed a rally at Maharashtra’s Latur, where he attacked the Congress’s manifesto as a document that “speaks the same language as Pakistan’s”.

The Congress president has from time to time offered to sit down for a face-to-face debate with Modi on a range of contentious issues. In January, he took a swipe at the Prime Minister by challenging with a 20-minute one-on-one US presidential style debate on the Rafale fighter jet deal. “Just give me 20 minutes to debate with the PM... one-on-one debate on Rafale, combat jets... but he doesn’t have the guts,” Gandhi had said.

The Congress claims the government had finalised an overpriced deal to benefit industrialist Anil Ambani, whose firm Reliance Defence, despite lacking experience, was recommended as an offset partner for Dassault Aviation, the company manufacturing the Rafale aircraft. Both Dassault and the government have denied the Congress allegations.

The government has also frequently come under the opposition’s attack over businessmen leaving the country after defrauding banks. The Congress has accused the BJP of not bringing businessmen like Nirav Modi, Mehul Choksi and Vijay Mallya to India quickly to face trial for alleged financial crimes.

The Congress maintains the overnight scrapping of high-value currency notes by PM Modi in November 2016 has broken the back of the country’s informal sector, a claim that the government denies. The centre has said the objective of demonetisation has been met and the opposition is looking for an issue where there is none.

Meanwhile, the prime minister reiterated his allegation that the opposition parties that they were questioning the valour of the security forces post last month’s Pulwama terror attack.

Modi also hailed the manifesto of the BJP, released in Delhi Monday, and said the party was committed to national security and farmers’ welfare among other.

“Your trust is my biggest accomplishment in last five years,” Modi told the crowd.

He also said his objective is to rid India of naxal and Maoist menace.