Ambitions Are Affordable for Asia and the Pacific 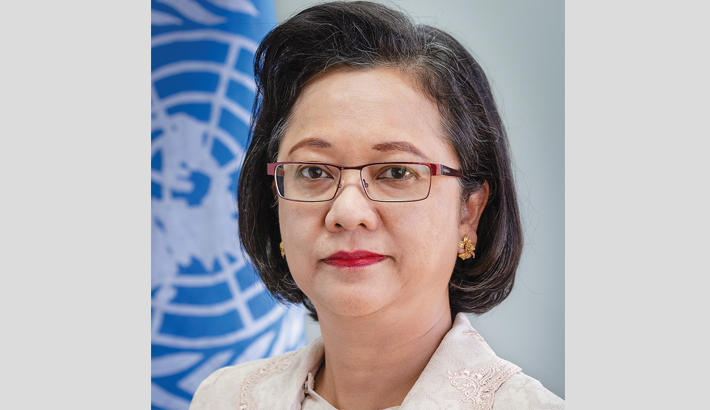 Three years of implementation of the transformative 2030 Agenda for Sustainable Development in Asia and the Pacific shows the region has some catching up to do.

Despite much progress, the region is not on track to reach the 17 Sustainable Development Goals set out in the United Nations 2030 Agenda for Sustainable Development. We are living in a time of booming prosperity, yet many are getting left behind. Basic needs, such as the freedom for all from hunger and poverty, ill-health and gender-based discrimination, and equal opportunity for all are elusive. Economic, social and planetary well-being has a price tag. Calculations by the United Nations Economic and Social Commission for Asia and the Pacific (ESCAP) show that it is mostly affordable for the region.

What will it take to realize the ambitious 2030 Agenda focused on strengthening the three pillars of sustainable development?

The 2019 edition of the ESCAP’s flagship publication Economic and Social Survey for Asia and the Pacific is asking for the region to raise ambitions beyond mere economic growth. Countries facing high and growing levels of inequality and environmental degradation will have to change course from pursuing a growth path that neglects people and the planet.

The 2019 Survey forecasts continuing robust growth in the region which remains the engine of the world economy. Amid rising global uncertainty that challenges the Asia-Pacific region’s economic dynamism, there is a need for investments that not only sustain growth but also build social and environmental capital.

ESCAP analysis shows the region needs to invest an additional $1.5 trillion every year to reach the Goals by 2030. This is equivalent to about 5 per cent of the region’s GDP in 2018, or about 4 per cent of the annual average GDP for the period 2016‒2030. 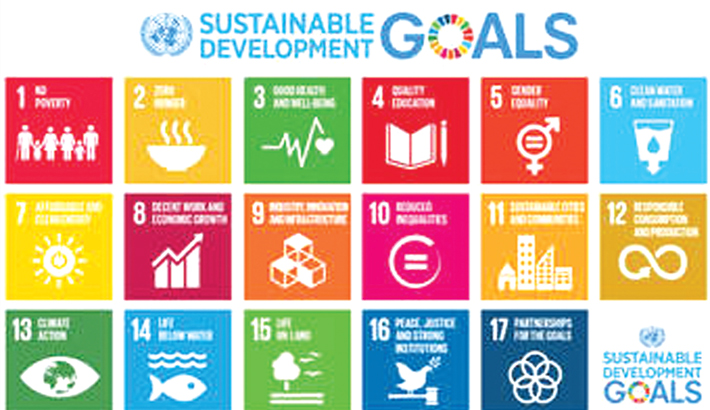 At $1 per person per day, this investment is worthwhile. It could end extreme poverty and malnutrition for more than 400 million people. A quality education for every child and youth would become possible, as would basic health care for all. Better access to transport, information and communications technology (ICT) as well as water and sanitation could be ensured. Universal access to clean and modern energy, as well as energy-efficient transport, buildings and industry could be achieved. Climate and disaster-resilient infrastructure could be built. Resources could be used more effectively, and the planet protected.

Most of this investment is needed to protect and nurture people and the planet. Making a better world for our people by ending poverty and hunger and meeting health and education Goals, requires some $698 billion per year. Protecting our planet by promoting clean energy and climate action and living in harmony with nature, requires $590 billion per year. Another $196 billion per year is needed to invest in improving transport and ICT infrastructure as well as access to water and sanitation services.

Of course, in a region as diverse as ours, investment needs vary considerably. The Least Developed Countries need to invest the most at 16 per cent of GDP while South and South-West Asia has an investment need of 10 per cent of GDP to reach the Goals by 2030. More than two-thirds of the investment in these countries will be in reducing social deficits – poverty, malnutrition, lack of health care and education as well as job creation. Landlocked developing countries need to invest most in improving transport and ICT infrastructure as well as water and sanitation services. East and North-East Asia and, to a lesser degree, South-East Asia, need to focus on clean energy and climate action investment.

It should be remembered that the Goals support each other and an investment in one area has a positive effect on another. Good health depends not only on access to healthcare services but also nutrition, safe water, sanitation and good air quality. Education for all also promotes gender equality. Resource efficiency supports climate change mitigation.

Besides harnessing these synergies, sustainable development financing strategies will have to turn to public and private finance. The good news is that most countries in the region have the fiscal space to invest in the Goals. There is also a massive untapped pool of private financial assets estimated at $51 trillion in developing Asia-Pacific countries alone. Enhanced regional cooperation would also help the region offset external risks and build resilience by tapping into regional resources.

Above all, leadership will be crucial in making the transition to a development strategy that balances all dimensions of human and planetary well-being. The 2019 Survey aims to stimulate a regional dialogue and offers guidance on accelerating progress towards the Goals in the region.

The writer is United Nations Under-Secretary-General and Executive Secretary of the United Nations Economic and Social Commission for Asia and the Pacific (ESCAP).