‘Soul of nation being trampled’ 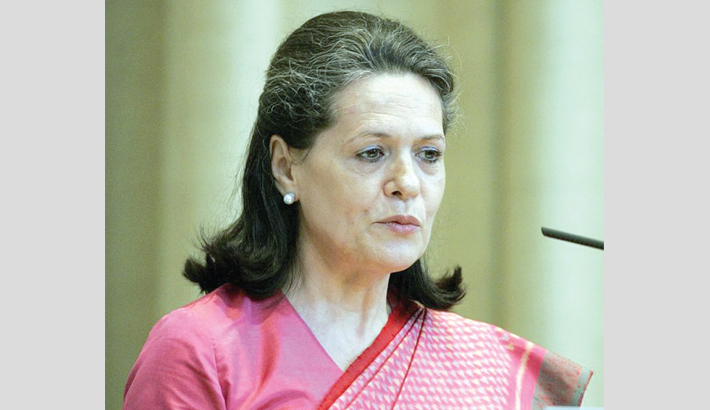 New Delhi: Sonia Gandhi, the chairperson of the United Progressive Alliance, on Saturday launched a stinging attack on the Narendra Modi government accusing it of being dismissive towards its political and ideological opponents. Gandhi said there must be “weight” in what a government says, reports Hindustan Times.

Addressing People’s Agenda - Jan Sarokar 2019 in New Delhi, Gandhi said the Modi government has “destroyed the institutions” during the past five years.

“The way the soul of our nation is being trampled for the past some time through a well-planned conspiracy is a matter of great concern,” she said adding, “Regressive forces have systematically dismantled our institutions. The current government has undermined the welfare architecture that was laid down over last 65 years.”

Gandhi hit out at the BJP alleging that it does not respect diversity of India. “New definition of patriotism is being taught to us today. Those rejecting diversity are being labeled as patriots. Discrimination among our own citizen is being justified on the basis of caste, religion and ideology,” the UPA chairperson said.

The UPA chairperson’s sharp criticism of the Bharatiya Janata Party-led government has come close on the heels of a similar reference by the party veteran LK Advani. Writing in a blog recently, Advani said it his party has never regarded those who disagreed with it politically as “anti-nationals” or “enemies”. Many observers viewed Advani’s blog as a message to the BJP current leadership.

On Saturday, Gandhi, in a veiled reference to controversies involving alleged consumption of beef and the BJP’s strong opposition to it, said, “It is being expected of us that in the matters of food, dresses and freedom of speech, we should accept the whims of a few people. The present government is not ready to respect disagreement at all.”

“If people are assaulted for staying true to their belief, the government turns blind eye to them. It refuses to implement the rule of law, its basic duty,” Gandhi said.