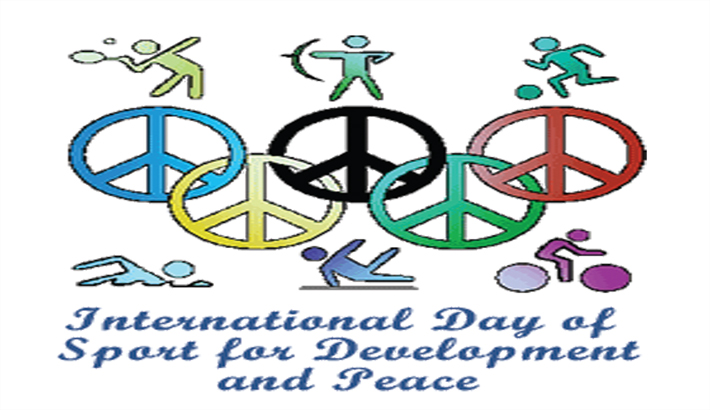 United Nations (UN) marks 6th April as “International Day of Sport for Development and Peace”. Sports heal our wounds and spread the message of peace, as generally thought. In the middle half of 1971, Bangladesh Krira Samity (under Mujibnagar Government) had gathered a group of eager footballers ready to represent their nation for collecting donations for freedom fighters and divulging the incidents of bloodshed meted out by Pakistani hyenas. That team, dubbed as Shadhin Bangla Football Team, played 16 matches under the captaincy of Zakaria Pintoo. Coached by Nani Bashak, the elected 25 players played football in different parts of our ally, India (Wikipedia).

Shadhin Bangla Football Team, a.k.a. The Bengal Tigers played their first match on 25 July 1971. Before a ball was being kicked, Pintoo waved our flag “to the sound of applause and cheering from the 10,000 strong crowd” (Shirsho Dasgupta, VICE Sports, UK, 20 Mar 2017).  Of that occasion, Pintoo says, “I still remember that day. It is the most memorable moment of my life being the first person to hoist the Bangladesh flag outside the country. It was also a historic moment for Bangladesh football” (quoted in Dasgupta, 2017). Unfortunately, we do not have too much information about those footballers. They have not received enough recognition. Because of old-age complications, some of those revolutionary footballers have lost the battles against their lives. They are only remembered when the news of their death comes. There are some tidbits of newspaper articles highlighting their heroic deeds which they performed in 1971. It is easy to blame our media for not making a scrutiny on those footballers. But do we do enough research? Do we go through archives to find more about them?

When we were children, we played indoor and outdoor games. We had a lot of fun. Playing a team-game helps players to forge lifelong friendships. Sports help us to develop our competitive nature and teach us to accept defeat graciously. When we lost a game, we accused our friends of cheating. But we kept our arguments only on the field. We believed, “What happens in the dressing-room, should stay in the dressing-room?” Even if we had taken our arguments outside, other people would have worked as peacemakers for settling our disputes. After a certain period, we became friends again.

Since the millennium, Bangladesh headed towards urbanisation projects. We started losing our fields. Our playing spaces got shrunken. Before 2000, in my locality, we had three barren lands where children, teenagers and adults played together and against one another. We took part in many tournaments. Post 2001, something happened – something happened to our empty fields – we were driven out of those places; we were cramming for spaces. The thudding sound of machines replaced the knock-knock sound of cricket bat and ball. We found no place to score a goal and play cricketing shots; we put on more weight than usual. We found our happiness in playing cricket and football in the virtual world. Television and computer became our companions. Many of our friends started wearing glasses. We got hooked onto doing things we would never do had we played outdoor games. We started nurturing bad habits; mostly curling up in beds, lying comfortably!

It will be wrong to presume that our youngsters do not play. But they have more strenuous tasks to complete. Parents have become more demanding in nature. They want their children to be successful in their professional lives. That is why; many parents force their children to study harder; even in afternoons, which are still considered to be the ideal time to play outside. Therefore, a child growing up does not have enough time to play outdoor games. I find empty rooftops most of the time. Children do not have enough time to play on rooftops even! Parents always want the best for their children. No parenting is wrong as long as we are concerned with the welfare of children. Should not we give a second thought about the way we raise our children? Are not our obsessions with their academic achievements putting a serious strain on their mental being? One of my acquaintances started schooling at the age of 5. This is not a problem. But the sad part is – she started her school years from Class II. It is a huge pressure. A student should be in Play Group at the age of five. At present, that person is struggling. She is unable to cope with the pressure of higher education.

I am not against video games. We also played them. There is nothing wrong in playing videogames. Problem lies in those parents who have not got enough time to spend with their parents. Prime Minister Sheikh Hasina urges parents to look after their children's activities. There is a greater chance for young minds to get involved in nefarious activities if parents do not give enough time to their children. Hasina, a few years back, urged architects to create more eco-friendly and spacious places for children to play.

It is detrimental to health if we are only concerned with academic achievements. Our young pupils should be allowed to understand that life is more wonderful when there is a balance between home and work. Extracurricular activities endow us with that opportunity. We should know where we are good at. Our children should be encouraged to make their own decisions. Parents should be there and thereabouts for managing the welfare of their children. The present government has rightly annulled competitive exams from pre-nursery till class III.

We had many toppers in our school and college days. Many of them have fallen by the wayside. Constantly, they have not been able to withstand the pressure of being high-achievers. The film 3 Idiots, Taare Zameen Par and Dead Poets Society show that everyone is talented; entitled to their own opinion which society should cater to; for getting the best out of those individuals. Unfortunately, most of us are unable to understand what our children want. We are failing to give them a better society.

There is a rivalry among many countries of the world. Sports cannot bring solutions to their problems. What sports show, which no other can genre can do, is to show the way of gelling the conflicting universe into one big family. A North Korean footballer shaking hands with a South Korean footballer at the end of a football match may show what sports signify: peace and prosperity.

Make it a better place

For you and for me

And the entire human race

There are people dying

If you care enough for the living

Make it a better place

I wish, sports would stop wars and massacre. Still, playing sports is better than not playing it. Hopefully, the world will be a happy place – and, sports will play a part in making it happier!

The writer is a Lecturer, Department of English, Chittagong Independent University (CIU)