Philippine president warns China to back off disputed island 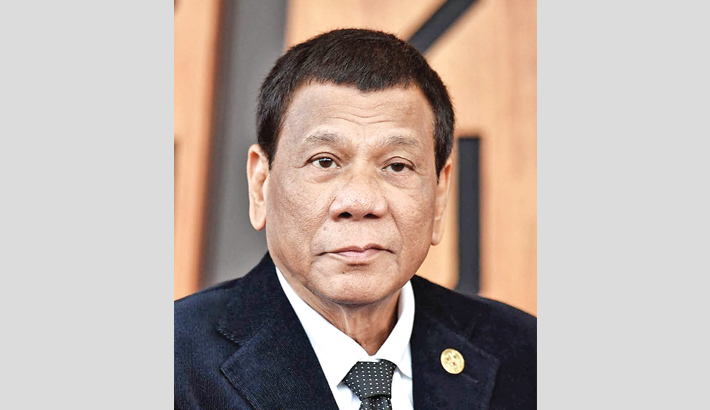 MANILA: Philippine President Rodrigo Duterte has warned Beijing to back off from a disputed island in the South China Sea, warning of possible military action if China “touches” it amid rising tensions over the key waterway, reports AFP.

Duterte, aiming to attract trade and investment from the Asian superpower, has mostly withheld his early criticism of Beijing’s expansive claims to the sea—a point of regional contention because trillions of dollars of goods pass through it.

But as the Philippine military warned this week that hundreds of Chinese coast guard and fishing vessels had “swarmed” the Manila-held Pag-asa island, also known as Thitu, the Philippine president spoke out late Thursday.

“I will not plead or beg, but I am just telling you that lay off the Pag-asa because I have soldiers there,” Duterte said in speech to prosecutors.

“If you touch it, that’s another story. Then I will tell my soldiers ‘prepare for suicide missions’”, he added.

Duterte has repeatedly said war with China would be futile and that the Philippines would lose and suffer heavily in the process. His words came after his Department of Foreign Affairs issued a statement calling the Chinese ships’ presence an “illegal” violation of Philippine sovereignty.

China, the Philippines, Brunei, Malaysia, Taiwan and Vietnam have all staked claims to various islands and reefs as well as waterways in the sea, with rich petroleum reserves thought to sit deep beneath the waters.

In a major victory for Manila, an international maritime tribunal ruled early in Duterte’s presidency in 2016 that China’s claims to the area have no legal basis.

However, he has largely set aside that ruling and backed off on their once tense territorial dispute over the sea.

He has been criticised at home for taking too soft a stance on China and getting little of the billions of dollars in investment promised by Chinese President Xi Jinping.