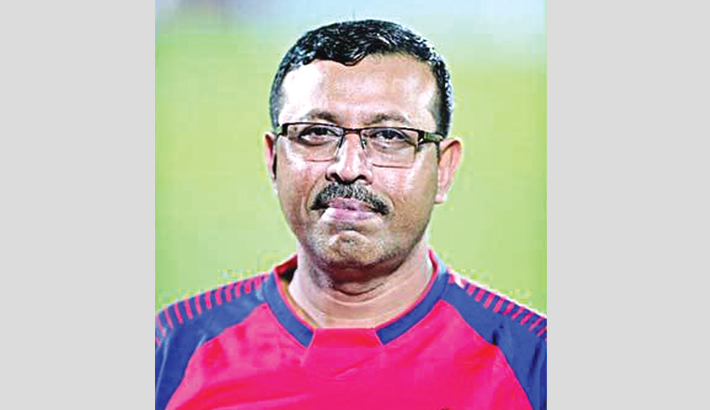 Sheikh Russel Krira Chakra are geared up as Bangladesh Premier League (BPL) 2018-2019 season resumes after a break for FIFA friendlies and tournaments. After two average seasons, Sheikh Russel have been in terrific form in season with sensational performances in both Independence Cup and Federation Cup and also bringing their good form to the league as Saiful Bari Titu’s men are positioned at the third spot of the league table trailing behind Dhaka Abahani.

Sheikh Russel coach Saiful Bari is widely credited for the club’s turnaround in recent times. One of the key difference Titu has made to Sheikh Russel’s setup has been the core group of foreign players. This time round the foreign recruits of Sheikh Russel have been in breathtaking form. Ace striker Raphael Odovin has been the top-scorer for Sheikh Russel with 5 goals to his name so far in the leagues while their forward from Uzbekistan Alisher Azizov has bagged 4 goals.

Not just the foreign players, Sheikh Russel’s local recruits have also been phenomenal with their performance and proving their potential. Midfielder Biplu Ahmed has been the pick among the local players. Biplu showed his class in the recently concluded AFC U-23 Championship qualifiers as well as he skewered through the midfield and was instrumental in Bangladesh not losing control in any of their Championship encounter.

Saiful Bari Titu also felt the same way about the success of his club. The perfect combination of local and foreign players has been the most influential aspect of Sheikh Russel’s success according to him.

“If you evaluate our players, you can find that most of our players are in some sort of rhythm. That has been the key for our performance so far. Not just foreign players but also local players have shared their fair share of burden when it was required,” said Titu.

“We have proved with our performance that our pick this season has been impeccable starting from overseas recruits and local players. Biplu and Khalek (Mohammad Khalekuzzaman) are the examples of our brilliant local campaigners,” added Titu.

Titu surely has the numbers to back his claims of success as his side are positioned third at the ranking table with 20 points to their name from 9 matches. Sheikh Russel have won a staggering 6 matches while drawing 2 and lost 1.

Brothers Union will take on Rahmatgonj Muslim Friends Society in their BPL encounter at Bangabandhu National Stadium in the capital today while Saif Sporting Club will face NoFeL Sporting Club in the other match of the day in Mymensingh Stadium.