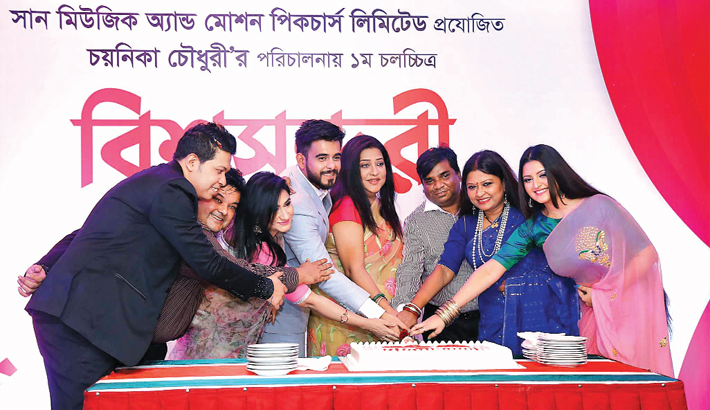 Popular director of the small screen Chayanika Chowdhury is all set to produce her first film titled ‘Bishwa Sundori’.

This was disclosed at a press conference held at a five star hotel in the capital on Wednesday.

The film is scripted by Rumman Rashid Khan and produced under the banner of Sun Music and Motion Pictures Limited.

Pori Moni will act against Siam Ahmed in the film.

‘Biswa Sundori’ will be the first silver screen production of Sun Music and Motion Pictures Limited.

Kamrul Hasan Khosru is working as the cinematographer and the film’s broadcast partner is Maasranga Television.