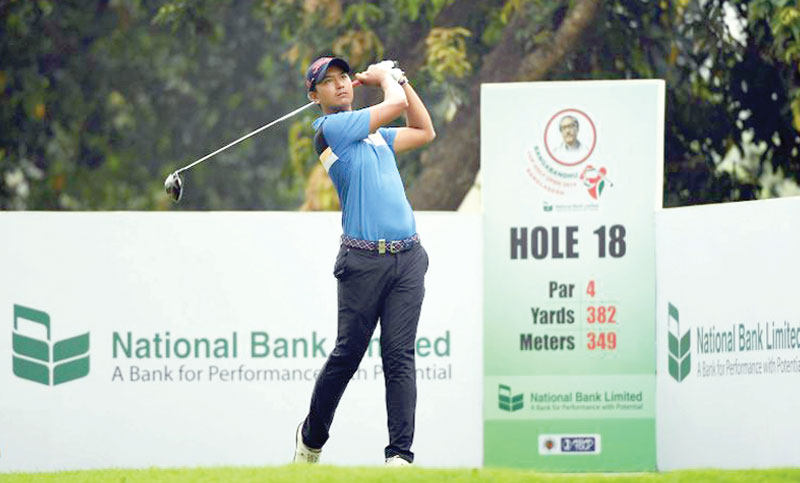 Golfer Sadom Kaewkanjana plays a shot during the second day of Bangabandhu Cup Golf Open at Kurmitola Golf Club in the capital on Thursday. — Sun Photo

Rookie golfer Sadom Kaewkanjana of Thailand grabbed all the attention after carding his personal-best round of a nine-under-par 62 to storm to the top of the leaderboard, seizing the halfway lead of Banga-bandhu Cup Golf Open at Kurmitola Golf Club on Thursday.

Local hero Siddikur Rahman emerged as the highest-placed Bangladeshi on the leaderboard after posting a 68 to share fourth place with Japan’s Mikumu Horikawa (67) and Viraj Madappa of India (66) on matching 134s.

The 20-year-old Thai, who came through the 2019 Asian Tour Qualifying School last December, fired an eagle and eight birdies against a bogey to grab a three-shot lead with his 15-under-par 127 total at the highly-rated Kurmitola Golf Club. 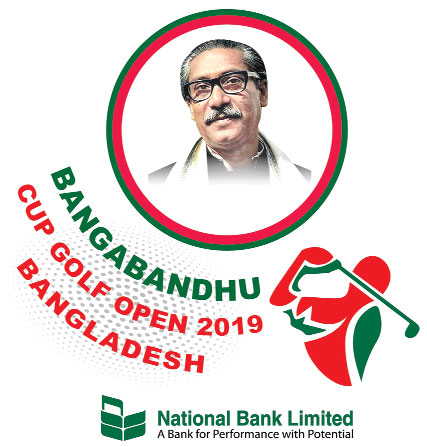 Sadom’s commendable round saw him set the lowest 18-hole and 36-hole scores in the National Open of Bangladesh. His three-shot advantage is also the largest halfway lead recorded in the tournament, which is celebrating its fifth edition on the Asian Tour this week.

In-form Rashid Khan of India returned with a bogey-free 64 in the afternoon to grab second place on his own while overnight leader Maverick Antcliff of Australia slipped six shots off the pace to third following a battling 70 at the US$350,000 Asian Tour event.

Starting from the 10th, Sadom reeled in two straight pars before a birdie on the 12th sparked a hot streak which saw him go five-under in the next four holes. He dropped a shot on the 17th hole but would gain it back swiftly with a birdie on 18th to turn in 30.

Sadom went on to add three more birdies on his back nine to cap a superb round, which saw him navigate his way around the greens in only 24 putts, including a 13-footer for eagle on the par-five 14th hole.

A total of 70 players, including a record number of 12 local professionals, survived the halfway cut set at one-over-par 143.