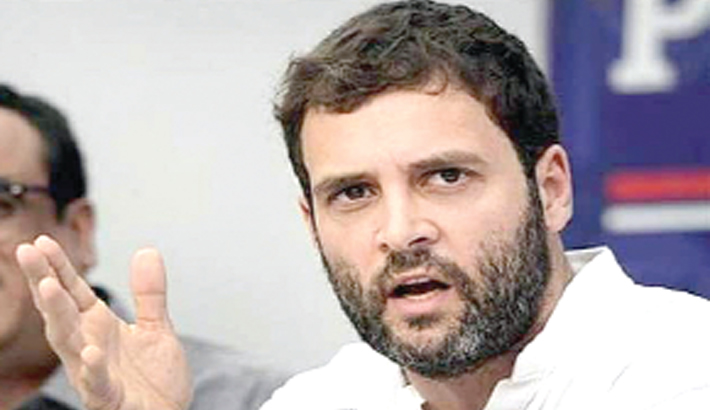 NEW DELHI: Indian opposition leader Rahul Gandhi filed his papers on Thursday to run for parliament from a southern constituency, aiming to strengthen his Congress party’s prospects in a region where the ruling Hindu nationalists have a limited presence, reports Reuters.

Although surveys show Congress is trailing Prime Minister Narendra Modi’s Bharatiya Janata Party (BJP) in the elections that begin next Thursday, the race is tightening.

Gandhi, the fourth generation of the Nehru-Gandhi dynasty that has ruled India for much of its history since independence from Britain in 1947, picked Wayanad in Kerala as his second constituency, in addition to the family borough in the north.

“I am here to send a message that south India is important,” he told reporters as thousands of party members lined the streets of the small town in welcome.

Modi’s BJP has its core base of voters in India’s north and west, playing second fiddle to regional parties across the south, except for Karnataka, home to the technology hub of Bangalore.

But the party has been trying build its presence in the region, especially Kerala, where the Congress and a communist party are the main players, and where Gandhi is looking to galvanize party workers through his candidacy.

He was accompanied by his sister, the charismatic Priyanka Gandhi Vadra, who plunged into active politics in January in another move Congress hopes will add momentum to its campaign.