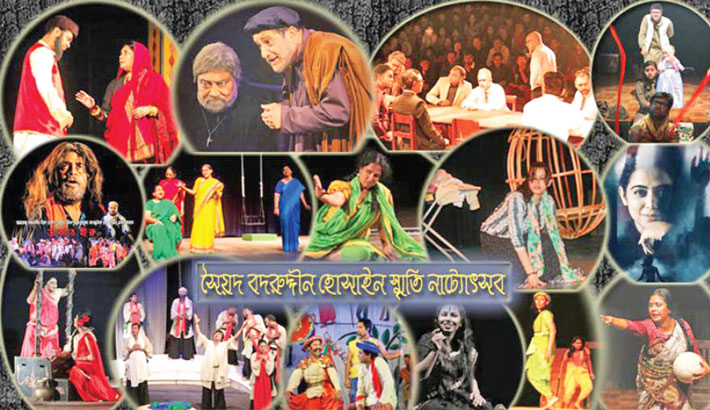 Organised by Padatik Natya Sangsad, the eight-day festival will feature 20 plays (16 plays from Bangladesh and four plays from India) will be staged in this festival.

The inauguration ceremony of the festival will be held at National Theatre Hall of Bangladesh Shilpakala Academy today evening.

Besides theatre shows, a discussion on Syed Badruddin Hossain will also be held on April 11.

It may be mentioned that, Padatik Natya Sangsad has been arranging the festival since 2010 to mark the birth anniversary of the troupe’s late president Syed Badruddin Hossain, who served as Padatik’s president till his death in 2009.