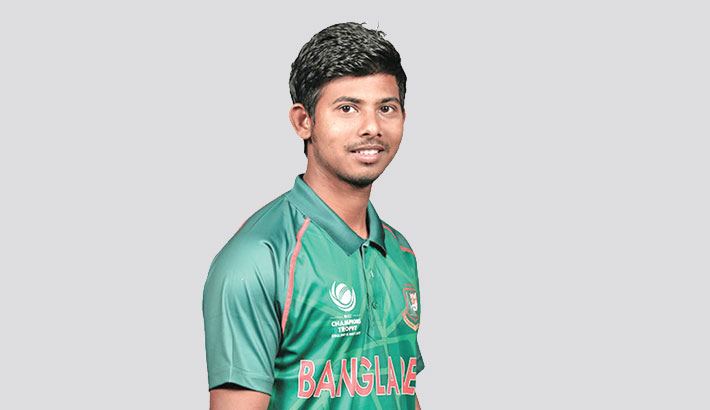 Bangladesh all-rounder Mossadek Hossain said on Wednesday that he is still hoping to accomplish his dream of playing for Bangladesh in World Cup.

Mossadek was an integral part of Bangladesh team since he made his debut but an eye infection forced him to be dropped in the two-match Test series against South Africa following his impressive Test debut against Sri Lanka in February 2017 with a well-built innings of 75 runs in the first innings.

He was included in the opening Test against Sri Lanka at home in 2018 but could not leave any impression and was dropped in the following Test match.

He was included in West Indies ODI tour as well as in the Asia Cup but failed to make any lasting impression which forced him to be dropped in the following series against Zimbabwe and West Indies along with New Zealand series.

However, his name again cropped up again after his recent performance in the Dhaka Premier Division Cricket League (DPL) and more so after Bangladesh Cricket Board President Nazmul Hasan last week hinted that though there won’t be big changes in the ICC World Cup squad, they have discussed about the possibility of including a right-handed batsman.

“When someone keeps performing, he feels satisfied but the main satisfaction will come when my dream will come true, which is get into the World Cup squad,” Mossadek told reporters on Wednesday.

“Hopefully my dream will come true. Now my job is to focus on my performance and I am doing that,” he said.

Mossadek said that he is well aware that he needs to play the role of a finisher in the ODI squad if he manages to make a cut.

“I played as a finisher in every match I played at the international level. I got some success and had some failures as well,” said Mossadek.

“I know my job is to finish the game and I am working on my finishing ability in the premier league,” he said.

Mossadek added that he was inspired by the fact that his name is up for discussion for the World Cup squad and insisted that he is going to make the most of it if he manages to land the spot.

“Yes, it does inspire me,” said Mossadek.

“But at first team has to be announced, till then I have to keep on performing. I don’t know what’s going to happen,” he said.

“But it is inspiring that they are keeping their eyes on me. I told you before, If we perform, we will be ahead of others,” he added.