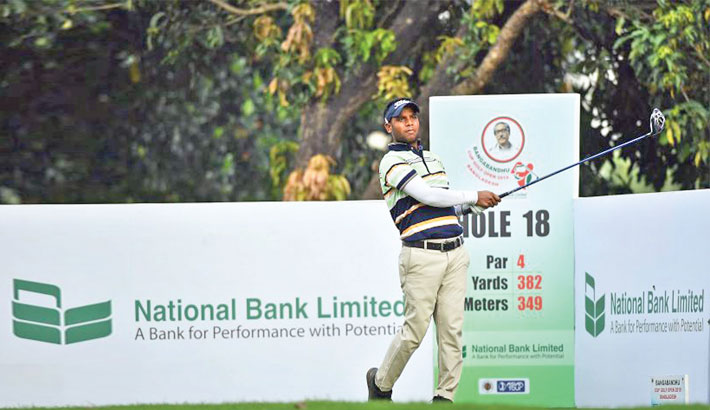 Bangladesh Golfer Mohammad Muaj plays a shot during the Bangabandhu Cup Golf Open in their first day at Kurmitola Golf Course in the capital on Wednesday. —Asiantour.com

The 25-year-old Australian returned with a bogey-free card highlighted by eight birdies to stay ahead of local hope Mohammad Muaj, Chinese Taipei’s Wang Weilun, as well as Thailand’s Jazz

Muaj, 21, emerged as the highest-placed Bangladeshi after marking his personal-best round at the highly-rated Kurmitola Golf Club while Jazz renewed his love affair with the course by putting up a strong start to the tournament which he had won before in 2017.

Mohammad Muaj is making his third appearance at his National Open. He had missed the halfway cut in his last two attempts in 2017 and 2018.

The 21-year-old Muaj marked his personal best score of a 65 at the Kurmitola Golf Club. He has never broken 70 in his previous attempts.

India’s Rashid Khan, who came off a top-10 finish on home soil last week, grabbed a share of seventh place alongside a host of players, including local hero Siddikur Rahman and Singapore’s Gregory Foo, after they signed for matching 66s at the US$350,000 event.

Malcolm Kokocinski of Sweden opened up his title defence with a flawless 67 to trail by four shots in tied-12th place at the National Open of Bangladesh, which is celebrating its fifth consecutive edition on the Asian Tour this week.

Antcliff, who enjoyed a tied-fourth place finish when he made his Asian Tour debut in China two years ago, was thrilled to put up a flawless display of golf and regain some confidence after missing the halfway cuts in his last two starts.

The Bangabandhu Cup Golf Open 2019 welcomed a new title sponsor in the National Bank Ltd, a public limited bank in Bangladesh. The tournament has been named in honour of the father of the nation of Bangladesh, Bangabandhu Sheikh Mujibur Rahman.

Maverick Antcliff enjoyed a tied-fourth place finish when he made his Asian Tour debut at the Asian Golf Championship in China two years ago.

Antcliff secured his 2018 Asian Tour card in what was his first attempt at the Qualifying School. The Australian, however, failed to keep his card for 2019 after finishing outside of top-60 on the Habitat for Humanity Standings.

Antcliff is making his debut appearance at the Bangabandhu Cup Golf Open this week. It will be his third Asian Tour start this season. He missed the halfway cuts in his last two starts in Perth and New Zealand.

Antcliff found 10 fairways and missed only two greens in his solid round of 63. He needed only 26 putts around the greens.

Jazz Janewattananond of Thailand is the highest-ranked player in the 150-man field this week. He sits in second place on the latest Habitat for Humanity Standings and 73rd on the Official World Golf Ranking (OWGR).

Jazz claimed his maiden Asian Tour title at the Bangladesh Open in 2017. That victory was especially sweet for him because it came shortly after he lost his Asian Tour card when he did not finish inside top-60 on the 2016 Order of Merit and failed to regain his playing rights at the Qualifying School.

The amazing career turnaround two years ago also marked the start of Jazz’s epic rise as he went on to notch five other top-10s to finish in ninth place on the 2017 Order of Merit. He secured a second win and first on home soil before making his Major debut at The Open in 2018.

Jazz’s solid form continued into 2019 as he claimed his third title and his career’s biggest win yet at the season-opening SMBC Singapore Open in January. The talented young Thai also capped back-to-back top-five finishes in New Zealand and Malaysia in his last three starts on Tour. 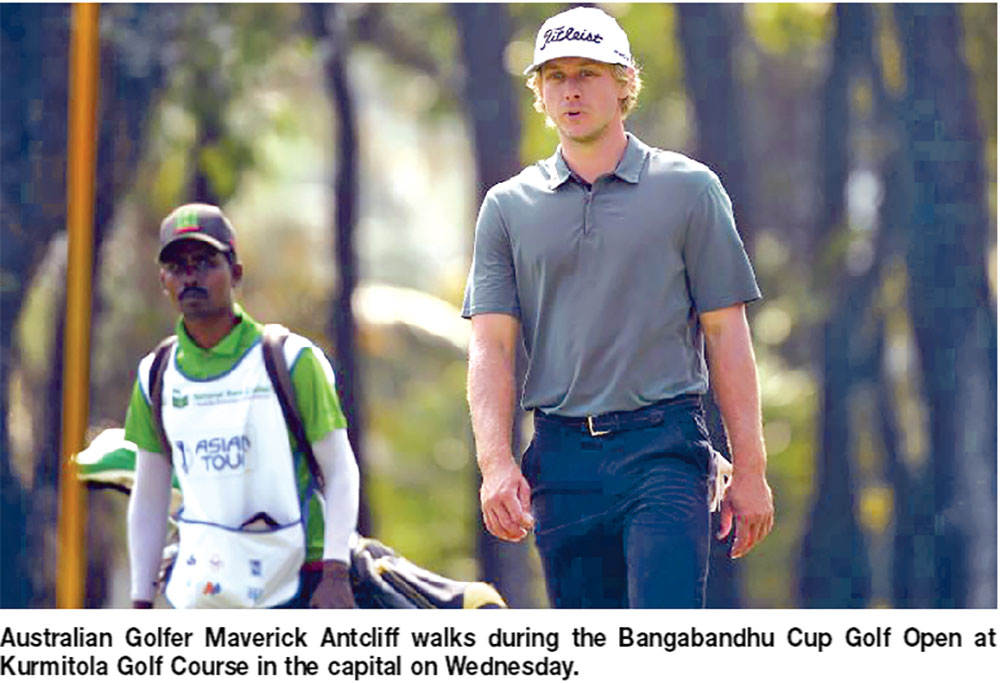