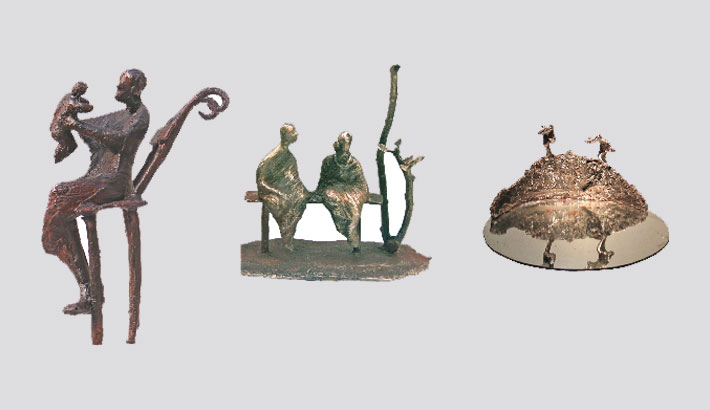 The inaugural ceremony of the exhibition will be held at 5.30 pm on Friday.

Farzana Islam (Milky) is a sculptor who sees the human figure in a variety of activities and environments. Her sculptures tell stories of people and their relationship with each other and the environment.

Everyday activities of human life, interactions between people, people and nature, people within manmade architectural settings are the subjects of her sculptures. The actions and gestures of the human figure show her interest in the human form which she depicts not in its details, but gives an impression of its movement and purpose. The human form and its movements create a mood, not focusing on details of expression. Her narratives create an effect which is not dramatic but more like a moment caught in time. They are filled with the tension of being caught in the middle of an act, the end of which we are left to imagine. Her subjects are not dramatic or even out of the ordinary.

After the inaugural ceremony, the exhibition will be open to all till April 19.