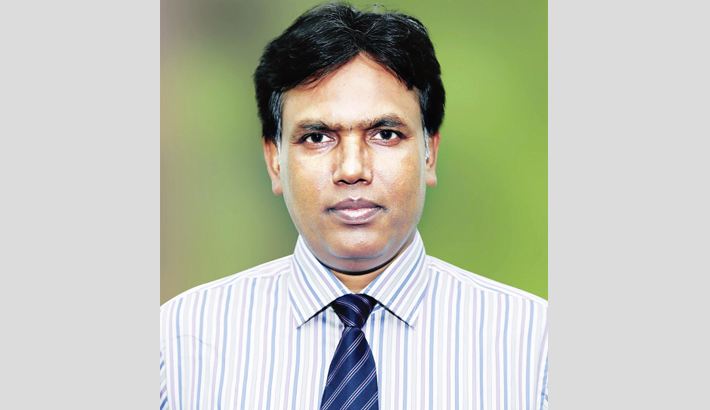 Unknown even to his neighbours in capital Dhaka’s Karail area just a few days ago, Md Nayeem Islam has now been a name known not only to the countrymen but also to people beyond the Bangladesh border. The heroism the fifth-grader showed during the fire at a high-rise building in Banani area on March 28 has earned him high praise and honour. Everyone’s Facebook timeline got filled with posts expressing admiration of his deed. No mainstream local media outlets, be it print or electronic, missed making a story on the boy. A renowned rhymester has written a piece on him and an expatriate Bangladeshi has announced 5,000 US dollars [approximately Tk 425,000] reward for him.

What the onlooker-turned-rescuer boy, hailing from a supposedly less educated, less informed and less aware family, did is not very significant in terms of size of the work or compared to the entire efforts put in to tame the blaze. He simply checked leak of water through one of the fire service hose-pipes with his two little hands and having failed in the effort he collected polythene sheet, wrapped it around the pipe, kept it hold mounting on the pipe. And he finally succeeded to stop leak of water through the hole. Nobody knows how contribution the two little hands made to the fire-fighting operation and to saving lives from the inferno, but everyone will agree for sure that he did everything possible for him and will acknowledge his devotion. He has taught the adult onlookers, who were busy taking selfies, photos or videos, a lesson i.e. how to react to any accident in which lives and properties are threatened.

No, I am not giving a wholesale blame on the mob who gathered at the site. The people of Bangladesh are generally very curious about everything they hear and it is very obvious they will not stay in their houses shutting the doors and windows hearing about an accident like a high-rise building fire. Many of those who gathered at the spot helped the people caught in the burning building to come out; a few climbed the building to carry victims down on their shoulders from upper floors. I am not talking about teaching them; I am talking about those who, instead of helping the rescuers or the victims, were taking photos and videos – many of them smilingly – and hampering the operation, either. Had all those who gathered at the spot contributed to the rescue operation, even by carrying only one bottle of water each, the operation would have been easier. 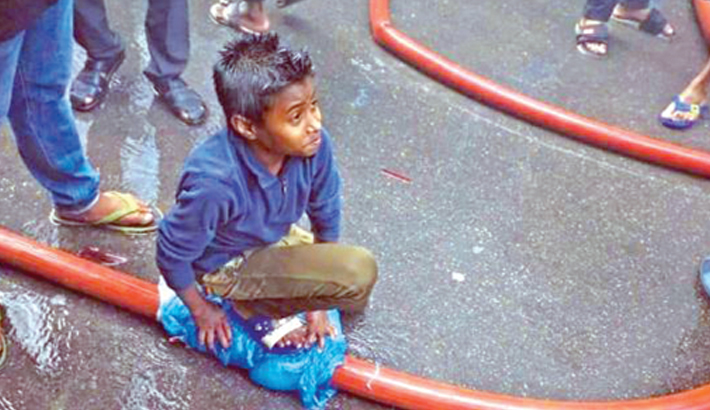 Nayeem was not alone to teach the seniors what to do at the time of danger. The participation of the Rover Scout volunteers from different city schools and colleges in the rescue operation in Gulshan kitchen market fire, which broke out within two days of the Banani fire, with full devotion also a lesson for the seniors. Media reports suggest that the Rover Scout members were no less than the professional fire-fighters from Fire Service and Civil Defence in combating the blaze and that they were so dedicated to their work that they could not take even a sip of water to quench their thirst from early in the morning to noon, when many other people were searching for and stealing valuables from the ashes. Several photos going viral with thousands of views show people rushing to eat burnt eggs and potatoes at the kitchen market, in an extreme example of how people cash in on mishaps facing others.

As a nation, we are very emotional and do not show restraint in most of the cases it is necessary. When we praise someone for anything good, we elevate them to the stature of supermen or angels and when it comes to criticising someone for something bad we try to simply down them to the ground. For his deed, Nayeem deserves heartfelt thanks, praise and support from us all which will ultimately encourage others to take up similar efforts. But at the same time, we need to keep it in mind that he is a small boy devoid of the maturity to take everything normally and that achievement of things like fame and money unexpectedly may spoil a boy like him surrounded by many bad elements.

We also need to ensure that boys like Nayeem do not go unheard in future as happened in the case of Omar Faruque Babu who risked his live to rescue people from under the debris of Rana Plaza that collapsed in April 2013 with over a thousand people dead and hundreds injured. He succeeded to rescue at least 30 people, before he fell sick. Babu earned high praise from the media and general people as Nayeem is now doing. After felling sick during the rescue operation, he was taken to Dhaka Medical College Hospital where he died almost unnoticed and, allegedly, without proper treatment. It was a very sad demise of a hero and what is more pathetic is that almost all of us have forgotten him. I wish Bangladeshis, whom many dub a goldfish nation, will not forget Nayeem and other heroes like him.