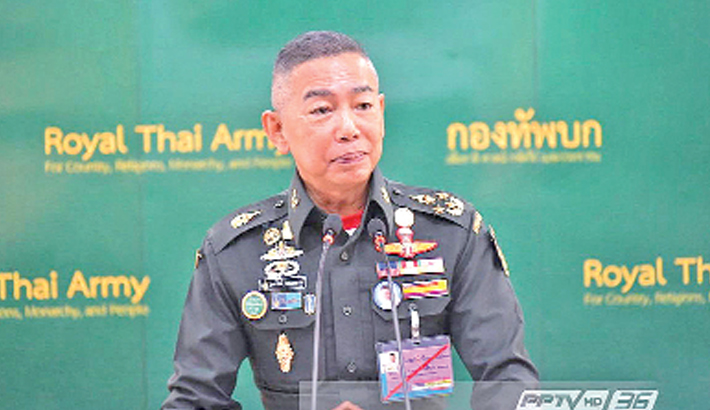 His words were the latest in a series of signals from the military and royalist establishment against opposition parties loyal to ousted ex-premier Thaksin Shinawatra, reports Reuters.

The inconclusive results to the March 24 election, pitting the party of the junta leader against an opposition alliance, have seen both the pro-army Palang Pracharat party and the opposition claim victory. Final results may not be clear for weeks.

General Apirat Kongsompong said the military would remain neutral in the election, in which his predecessor as army chief, Prayuth Chan-ocha, is seeking to stay in power as an elected prime minister, five years after he seized power in a coup.

“General Prayuth has to be on his own path and the army has to step back,” Apirat said. “We cannot get involved in politics.”

At the same time, Apirat made clear the military would not allow a repeat of past mass street demonstrations in which both supporters and opponents of Thaksin paralyzed Bangkok for months on end.

He also had harsh words for politicians he said “distort” democratic principles to make them incompatible with Thai culture that reveres the king above all else, a clear reference to Thaksin’s party and its allies.

“This is not right,” Apirat said of such politicians. “Thailand is a democracy with the king as the head of state.”

Thaksin-loyal parties have won every election since 2001, even after he was ousted in a 2006 coup.

Thaksin has remained an influential political figure despite having lived in self-imposed exile since he fled Thailand in 2008 to escape a corruption trial that he said was politically motivated.

Last week, six other parties joined with the pro-Thaksin Pheu Thai party in a “democratic front” alliance, which they claim will gain enough seats in parliament to try to form a government and block Prayuth from staying in power.

“People should accept winning and losing,” Apirat said. “Instead, they constructed a democratic side and a dictatorship side, which is not right. We are all Thais.”

The army chief also alluded to an election-eve statement from King Maha Vajiralongkorn, telling reporters on Tuesday “we must choose good people to govern so that bad people don’t have power”.

King Vajiralongkorn’s unexpected statement on March 23, which broke from his late father’s practised silence on politics, mentioned “good” and “bad” people but did not specify any one party or politician.

However, less than a week after the vote, the king issued an official command that stripped Thaksin of all royal honors and decorations he had been given.

The king’s command came on the heels of military moves to discredit Thaksin.

Last week the military said that Thaksin has acted “dishonorably” and stripped him from a pre-cadet school’s achievement award as well as deleting his name from the school’s hall of fame.