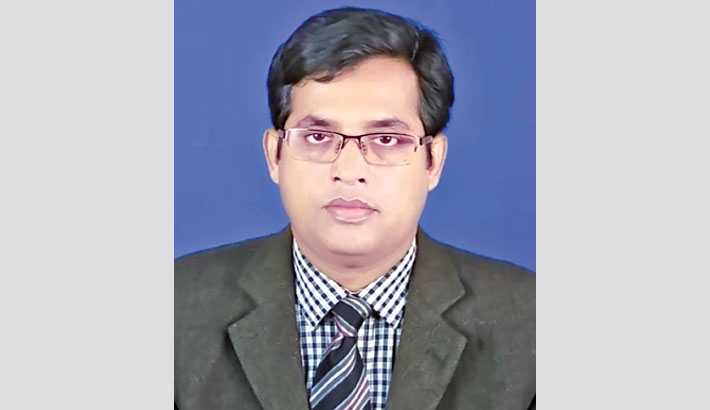 I was taken aback sighting the annihilated head of Abrar Ahmed Chowdhury - a student of Bangladesh University of Professionals (BUP) who was run over by a Suprovat Paribahan Bus while crossing the road using zebra crossing in front of Jamuna Future Park at Kuril on the 19th of March. It was so wretched to think that a bus is devouring a passer-by in a zebra crossing which is considered as the safest place in a road. The demise of Abrar has again brought the issue of road accident at the forefront of discussion. This has again pointed out to the grief state of our traffic management system in the roads. Now, a pertinent question is whether there is a solution to this burning problem or not.

The issue of road safety has been widely discussed in Bangladesh as the rate of accidents and death causing by accidents is quite high. Last year, we witnessed the movement of the school students centring the issue of death of a female student in Dhaka. The youth showed the whole nation how to reinstate discipline in the road. In response to their movements, the government also reacted very quickly by making the commitment to enact laws for ensuring punishment of the reckless drivers if any accident takes place in the road due to their negligence. Different government departments like BRTC and traffic police were found active in bringing back the discipline in the road. But, again, after a few weeks, the situation remained the same. We are compelled to hear the news of road accidents every day that is causing death to many people.

Road accidents are taking place every day in different parts of the country, and many people are getting killed and becoming injured. These incidents have become a part of our daily life. People have started thinking that there is no permanent solution to this problem. But, the issue gets momentum when an incident like killing of Abrar takes place and students come to the street in protest of the brutal killing of their friends. The government agencies are also found active during that time. Unfortunately, this is not a solution. The government will have to come hard to control road accidents.

Now a pertinent question is why does the government vacillate to put their best efforts to control road accidents and ensure road safety? As a matter of fact, due to political reason, the government does not show enough enthusiasm in this regard. There are some labour leaders turn politicians who are compelling the government to remain silent in this issue. Sometimes, they make the general people hostage by calling hartals and blockades for days. Thus, the government, considering the sufferings of the common people, agrees to accept their demands.

If we concentrate on the case of Dhaka city, it will be ostensible that the traffic system in the city has been paralysed. Despite having a signal system, it is unfortunate that the traffic police manage the traffic through a manual system. Thus, the vehicles are used to run during red lights. This is really irrational behaviour of our traffic police. Of course, people are also responsible for breaching traffic rules. We do not want to use the overpass to cross the roads. Rather, people cross the road taking life risks. Sometimes, accidents take place due to the reckless behaviour of the passers-by. This prediction seems true when we found the Police Commissioner of Dhaka to admit the fact that they have failed to control the traffic management system in Dhaka City. Even the Home Minister has in a way accepted the fact that they have failed to achieve the desired level of success in this regard.

The traffic police might have failed to improve the traffic situation in the country, but they are not the only actors who should be held responsible for all sorts of irregularities and lack of safety in the roads. The prime responsibility lies with the BRTC that has failed to discharge its responsibilities properly during the process of the issuance of driving licences due to massive corruption. Corruption in BRTC has been an open secret which is portrayed in different electronic and print media every day. Issuance of driving licence in exchange of money without considering the competence of the driver has accelerated the intensity of road accidents in the country. Along with driving licence, the issuance of fitness certificate to unfit motor vehicles is also making this issue complex. Thus, the government should take strong actions in order to control corruption in this department.

It is no denying the fact that the government has streamlined the legal system that would be applicable to the drivers who would cause a road accident. But, the enforcement of the legal system is an important part of the whole process. The driver who ran over the microbus of Tareque Masud and Mishuk Monier in 2011 has been convicted recently in 2018. He would again get the opportunity to file an apple against the judgement of the court in the higher court. If the legal system works in such a way, even the family members of the victims would lose their interest to carry the legal procedure further. At the end of the day, the convicted drivers would not get an appropriate punishment.

One encouraging fact is that along with the government, our judiciary has come forward to bring the convicted under the legal process by declaring Suo Moto. The court has ordered the bus company to provide compensation to the family members which has been evident in case of Razib Hossein who was compelled to accept death getting stuck between two speeding buses trying to overtake each other in the capital’s Bangla Motor area on the 4th of April, 2018. The court has also issued an order to provide compensation to Abrar’s family as well. Although such action of the court has some positive impact, but the loss that a family has to accept after losing their relatives cannot be compensated with money.

Thus, it is time for the government to take some proactive actions for controlling the intensity of the road accidents in the country even at the cost of political consequence. If they could bring the violators under the legal system and execute the punishment, the rate of road accidents would certainly be reduced. The government should also take a long-term plan for the highways where many people are getting died every day. Thus, a comprehensive road safety strategy needs to be framed and executed as soon as possible in order to ensure the safety of the people and stop incidents in the road.