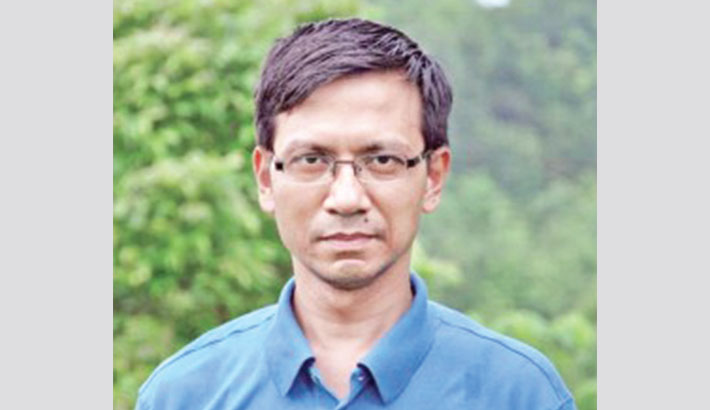 Bashundhara Kings President Imrul Hassan has been showered with praises from all over the football fraternity for his contributions to improve the state football in the nation. As the Bangladesh Premier League 2018-2019 approaches resumption, Imrul Hassan aired his belief that Bashundhara Kings will able to pick-up from where they left before the break for FIFA friendlies and tournaments. During an exclusive interview to daily sun, Imrul Hassan also gave his take on the issues currently obstructing Bangladesh’s football.

Bashundhara Kings took the nation by storm with their performance so far in the league as they remained unbeaten in their 9 matches while winning 8 of them. Bashundhara Kings lead the points table with 25 points to their name despite playing match less then Dhaka Abahani Ltd who are trailing behind with 24 points. But Dhaka Abahani will have an amazing opportunity to prepare themselves before the league resumes as they will take Nepali champions Manang Marshyangdi Club in their AFC Cup qualifiers encounter on April 3.

When asked if Abahani will have an edge due to the fact that they have had the opportunity to play some quality football against a formidable opponent right before the league resumes, Bashundhara Kings Imrul Hassan confidently expressed his conviction to maintain the supremacy of the apex domestic football league of Bangladesh.

“No, they will have a good opportunity to prepare which is true but we are leaving no stones unturned regarding our preparation for the league. Abahani will have the opportunity to rub their backs against some quality opponents before the league resumes but we have been preparing hard too. We have been playing matches in our practice session. I trust my boys and have utmost faith on their capability to deliver,” said Imrul Hassan.

Bashundhara Kings President Imrul Hassan also dwelled on their plans of grassroots talent-hunt and grooming young footballers. Bashundhara Kings has a plan to launch a series of regional tournaments where youngsters will be able to compete and showcase their skills. As part of that campaign, they have organised an academy-based football tournament which will be held at Kurigram where twenty academies from all over the district will fight for the ultimate glory.

He also pinpointed the most persistent obstacle in regards to formulating a calendar for competitions so that these tournaments can be organised regularly. He felt that Bangladesh Football Federation needs to put more stress to plan their own calendar as the lack of such a national football calendar puts Bashundhara Kings in a spot of bother as it might clash with their calendar.

“We are really excited about the upcoming tournament. We have a plan to replicate this format all-over the country but as BFF doesn’t have a calendar of their own it puts a lot of pressure on us as the events might clash,” concluded Imrul.