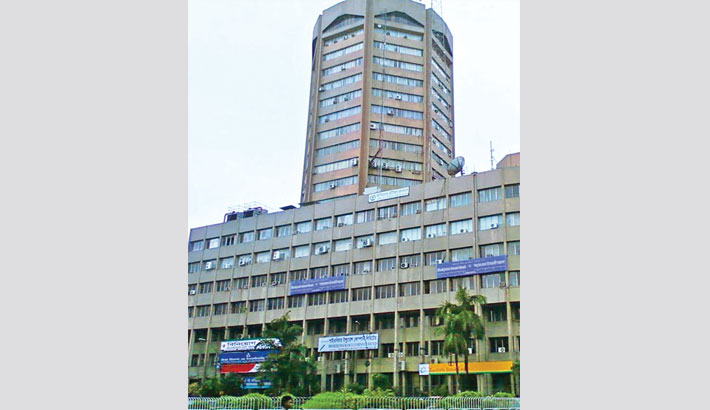 Nearly 50-years after Bangladesh’s independence and after two major outbreak of fire, concerned organization have amazingly found out that their respective building codes have two types of definitions on high-rise buildings.

Sources in the Fire Service and Civil Defence (FSCD) told the Daily Sun that the Rajdhani Unnyan Kartripakkha (RAJUK) considers the buildings above nine-storey as high-rise, while for the FSCD it is six-storey.

Fire Prevention and Safety Act-2003 says clearance must be taken from the FSCD before constructing buildings above six-storey. But as the RAJUK does not consider the buildings under 33 meters or 10-storey as high-rise, people do not need clearances from the FSCD. They directly contact with the RAJUK for getting their building designs to approve.

Detailed Area Plan (DAP) of the RAJUK conducted its last survey on buildings in the city in 2016. As per the survey, the city has about 16,930 buildings above six-storey.

Of them, 5,024 buildings received fire safety clearances from the FSCD.

Besides, the buildings, which were constructed before 2003, were asked by the Fire Prevention and Safety Act to take Fire Safety Plan from the FSCD. But only 280 buildings complied with the law till 2018.

When asked how people are constructing buildings without its clearances, a senior officer of FCSD told this correspondent on Sunday that they had no magistracy power. “We have nothing to do except providing notices to the building owners.”

When he was asked if they would reach a consensus on the issue of definition on high-rise building with RAJUK, he remained mum.

Khurshed Alam, FSCD senior station officer and spokesman, said that they are yet to take such a decision.

On the fire safety, he said, that he was unaware if both the FSCD and RAJUK have opposed any fire safety measures in a house. “FSCD issued fire safety clearances to many buildings, but did it inspect the houses later on? Does the duty finish just after providing clearances?” he retorted.

The RAJUK planner says that the fire safety is not the matter of only high-rise building but all the establishments.

“With the increase of population, the demand for electric appliances and chemicals are increasing. With the two side increment, the risk of fire incident and others are augmenting. So, fire safety must be at all establishments,” he said.