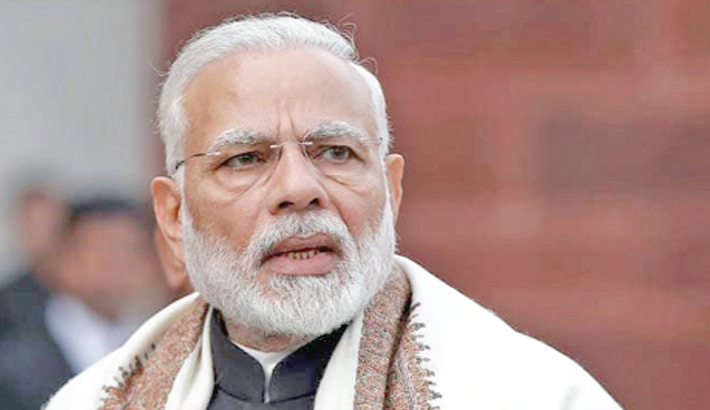 Addressing people across 500 locations, PM Modi said, “I have tried to fulfill my responsibility as a chowkidar in the last five years…People pay taxes to the government and the poor have right over this money. I had promised I would not let anyone lay their hands on it. But there are some people who have limited intellect. It is their problem that they can’t think beyond.”

“Chowkidar is not a system. Chowkidar is not limited to any frame. Chowkidar is a spirit. It is a feeling,” PM Modi told around 5,000 supporters of BJP’s “main bhi chowkidar” drive, launched to counter the Congress’s “chowkidar chor hai” campaign. The Congress launched its campaign to attack PM Modi alleging malfeasance in Rafale deal, a defence agreement signed between India and France.

Congress president Rahul Gandhi alleged the PM Modi scrapped the Rafale deal being negotiated during the UPA regime to benefit businessman Anil Ambani, whose Reliance Defence is an offset partner of Dassault Aviation, the French company which has got the contract to supply 36 fighter jets to India.

On Sunday, PM Modi countered the Congress’s campaign saying, “If everyone becomes chowkidar, will there be any thief to loot resources of the country? I believe that the people of the nation love chowkidar. They don’t want raja and maharaja (kings and emperors) now.”

The prime minister launched his counter campaign on March 16. A day later, PM Modi and all the ministers in his cabinet and party members changed their Twitter handle by adding prefix ‘chowkidar’ to support BJP’s poll campaign.

On March 20, PM Modi addressed over 25 lakh chowkidars from across the country. The word ‘chowkidar’ (watchman) entered political lexicon of India in 2014, when Modi as prime ministerial candidate of the BJP used this at an election rally.

In his inaugural speech ahead of “main bhi chowkidar” interaction, PM Modi explained why he used the word in his election campaign.

“I was new in 2014. I had some identity as a chief minister. My fame was mostly due to my critics. Their criticism created inquisitiveness about me. Around this time, the BJP made me its prime ministerial candidate. Against this backdrop in 2014, I had said I would be a chowkidar not the prime minister,” said PM Modi.