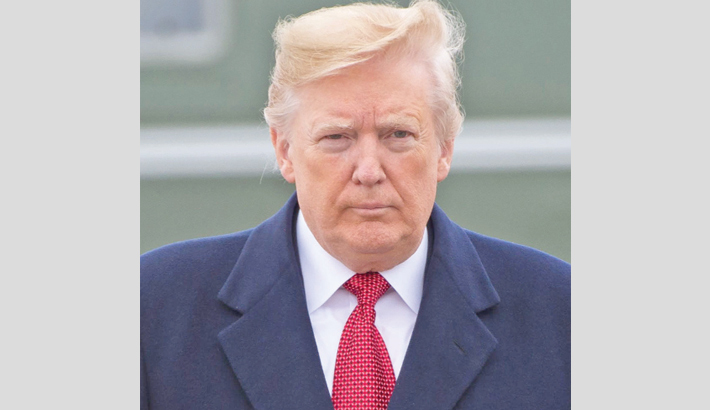 WASHINGTON: Seventy years after it was formed to counter the Soviet Union, Russia has returned to the top of the agenda for NATO. But the alliance faces another, more unlikely problem—criticism from the US president, reports AFP.

The 29-nation North Atlantic Treaty Organization is celebrating its 70th anniversary with talks among foreign ministers Wednesday and Thursday in Washington, where, in a Cold War redux, the resurgent power of Russia will be the chief item.

US Secretary of State Mike Pompeo said the ministers will work “to make sure that NATO is around for the next 70 years” and take aim at Russia over its 2014 takeover of the Crimean peninsula from Ukraine.

Pompeo told a congressional hearing he was hopeful “we will be able to announce another series of actions that we will jointly take together to push back against what Russia is doing there in Crimea.”

But if countering Russia is a familiar role for NATO, its new internal dynamics are not, with President Donald Trump repeatedly suggesting that the allies are freeloaders.

The businessman-turned-president, who berated allies at a NATO summit last year at the group’s Brussels headquarters, is pressing member states to meet the alliance’s goal set in 2014 of spending two percent of GDP on defense. Trump has even derisively asked whether it is worth defending small NATO states such as Montenegro.

Pompeo said he will discuss spending and again pointed to Germany, which plans for defense spending well below two percent and declining by 2023.

“When I talk to my counterparts, they will begin by saying, ‘America needs to do X and Y because Russia poses a threat,’” Pompeo told a forum of the conservative National Review magazine.

“Then you ask them ‘Well, that’s awesome. Tell me what you’re prepared to do.’ And they say, ‘It’s tough. Our voters just really don’t like to spend money on defense,” Pompeo said to laughter.

NATO leaders will hold an annual summit in December in London, but the 70th anniversary celebrations are notably low-key.

It marks a stark contrast with the 50th anniversary in 1999, which rattled Russia and sealed off Washington streets in a way that locals still talk about. Heads of state visited Bill Clinton’s White House, new members the Czech Republic, Hungary and Poland were inducted, and leaders plotted the next moves in NATO’s bombing campaign in Serbia.

This year foreign ministers will be speaking at The Anthem, a hip new music venue booked for the occasion. NATO Secretary General Jens Stoltenberg will meet Trump Tuesday and deliver an address to Congress the following day.

Derek Chollet, who managed US defense policy on NATO under former president Barack Obama, said he expected NATO members to present a “good news story” on the value of the alliance without the drama of a high-stakes summit.

“But the concern is Trump. There is a sort of tangerine cloud hanging over all of this,” said Chollet, executive vice president at the German Marshall Fund of the United States.

“They are concerned that the founding member of the alliance has become the most unpredictable, and perhaps most unreliable.”

While the populist right has stepped up attacks on NATO, the alliance has long been a bane for the left, which plans to be out in force to protest the anniversary.